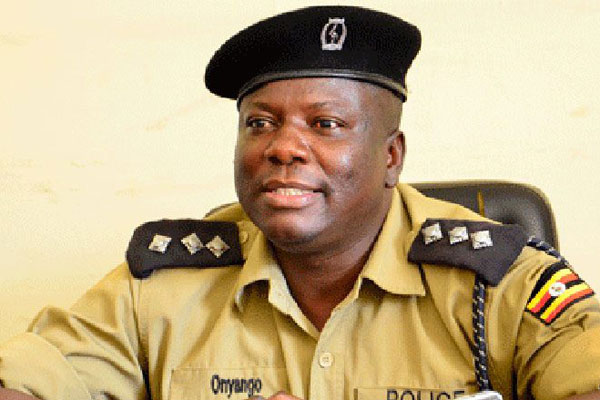 On March, 30 residents of Kisimbiri Trading centre in Wakiso district watched in fright as police pounced on one of their own and dramatically shot him dead in broad daylight.

The deceased was later identified as Vincent Serunji, a Boda Boda cyclist. In a statement dated, April 1, 2020 police justified the shooting and labelled the deceased Serunji a drunkard that even tried to assault one of their arresting officers leading to the fatal shooting. “It is alleged that the victim attempted to knock police officers who were on duty several times but he failed and then grabbed one PC Kabos Isaac, assaulted him and in the process of rescuing Kabos, Wafula Stephen shot and injured him,” part of the statement says. “The victim was then rushed to Mulago hospital for treatment as we await to interview him to ascertain his real motive,” the statement further reveals as read by Patrick Onyango, the Kampala Metropolitan spokesperson.

Whereas the late Vincent Serunji’s image was tainted by the police narrative that claimed he tried to assault a police officer, a whistleblower who captured the events from a distance shared the phone amateur footage that captured what ensued. In the footage, the deceased is seen pleading for mercy while police constable, Isaac Kabos beats him up. Afande Wafula Stephen comes with rage and shoots him dead on ground as he pleads to be pardoned. Residents who spoke to Ekyooto intimate that the arresting officers had a feud with the deceased. Their row stemmed from the two officers using a motorcycle they had confiscated from Vincent. “He found them riding his motorcycle that day. When he complained, they decided to end his life,” says a resident who declines to be named.

After a month of Serunji’s murder, today a team of the anti-corruption unit stormed Wakiso police station and arrested four police officers linked to the murder. The OC of Wakiso police station ASP Joseph Kamukama, Ceaser Ekwang, Kabosi Isaac and Wafula were all arrested today. The arrest of the OC was a result of his alleged obstruction of justice. “The OC Kirumbi police post was informed about the incident and he downplayed it. The investigations were not carried out in a professional way and the residents complained to state house Corruption unit,” says Onyango in today’s statement explaining the arrests.

A private report shows that armed forces have unleashed terror on civilians in guise of implementing COVID-19 guidelines. Thousands of youths are apparently languishing in police cells across the country without known charges.