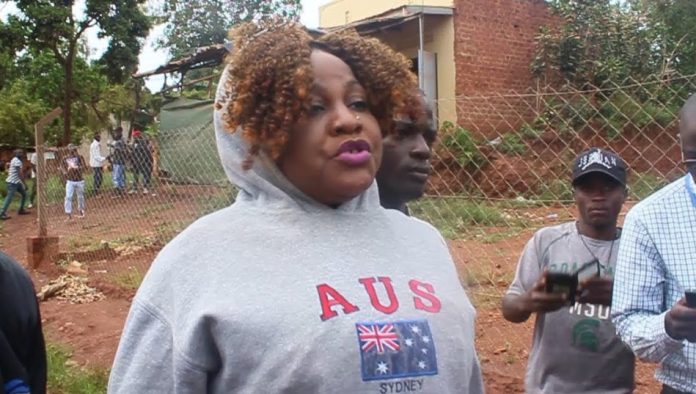 The two regime praise singers joined the list of NRM government sympathizers topped by Fred Enanga who have been adamantly rejected by Zaake’s supporters from getting any closer to their ailing patient. Full Figure and Sipapa had on Saturday morning arrived at Rubaga hospital with piles of necessities like bread which they were to offer to the bedridden MP, Zaake. Also on their list was a well mobilised contingent of journalists to cover their artificial visit and promote it as a reconciliation stunt with the opposition.

No sooner had she tried to get into Zaake’s ward room than his supporters politely asked her to peacefully leave like Enanga did on Thursday. “Oli munyampi! Please leave,” shouted, Mugerwa Alex, a member of the People Power youth wing brigade.

It is still unclear about who could have advised Full Figure to make such a silly move at a time when she has been at war with her former comrades in the People Power movement. From the time when she crossed over to NRM, Full Figure has been a menace. She made it a point to attack the person of Robert Kyagulanyi alias Bobi Wine in most of her TV appearances. She regularly claims he cannot replace her NRM boss for presidency. NRM party youths say, Mr. Museveni appointed her squarely on her verbal assault capabilities. Full Figure is famed for her vulgarity, obscene and lewd sexual comments on social media platforms. She is an abusive person who easily insults whatever comes her way.