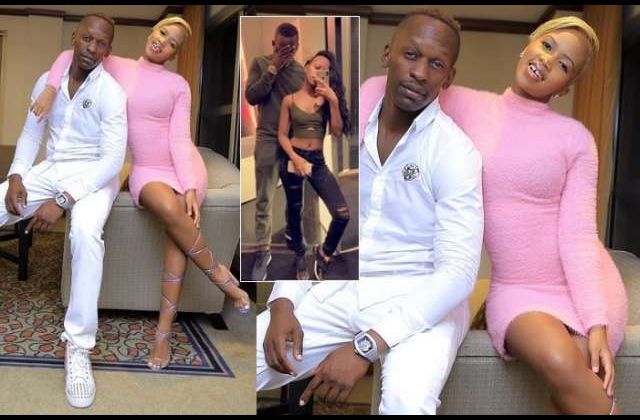 For the first time in her adult age, former NTV presenter, Sheila Carol Gashumba has made a sensible statement. Sheila is a daughter to prominent political analyst, Frank Gashumba who has over the years been labeled a ‘failed dad’ due to the nudity and craziness of his socialite daughter.

The flamboyant TV host famed for her ‘pick and play’ lifestyle of switching men has lately been a subject of debate following her appealing Labour day tweet in which she trolled her former work station for exploiting TV presenters. Sheila placed herself in the spotlight and raised questions over how a prominent television like NTV could fail to satisfactorily boost the pay cheque of their staff. Sheila placed herself in context and said she used to earn shs 50,000 per TV appearance in a programme where an advertiser like MTN would pay shs 25m for airplay. “If only TV could pay more than the energy presenters put in!!Lol!! We would be soooo rich!! Do research, do maths!!Add up!! I respect y’all but the money has to add up to the fame!!! PERIOD!,” she said in a tweet in what seems to be a warning to fellow presenters. Sheila further goes ahead to use Douglas Lwanga as another subject of exploitation who ended up seeking greener pastures to neighbouring NBS TV which has turned out a receiving point of all NTV escapees. “Okay so why did @DouglasLwangaUg leave the biggest station to another upcoming station!!Come on!’ Use your common sense!!😳😳,” she tweeted. Sheila closed with an oath of doing other petty jobs than go back to NTV airwaves. “I would rather sell samosas on the streets or drive Uber, but NTV again, never!,” she swore. In her latest tweet, she has warned people supporting exploitation saying the same can be done to their children in future. By publication of this story, her father Frank Gashumba was readying a Facebook live broadcast to defend his daughter who is currently under fire from NTV loyalists.