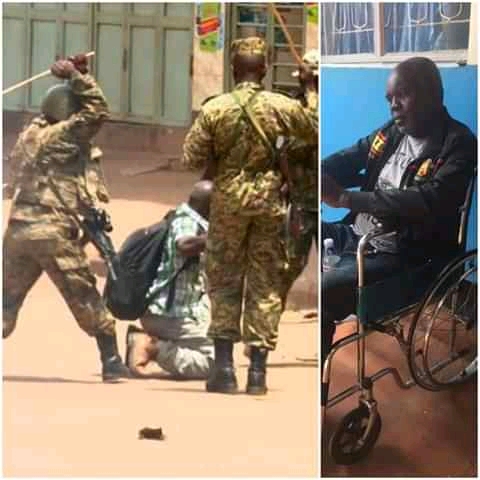 People Power movement spokesperson Joel Ssenyonyi on Sunday, May 03 said World press freedom day has reminded him of James Akena, a Reuters photojournalist who was brutally beaten by the Uganda People’s Defense Forces (UPDF) soldiers in downtown for video covering the ‘release Bobi Wine protests’ way back in 2018.

Through his official Facebook page, The people power mouthpiece said World press freedom Day is the day intended to create awareness about the benefit of exercising the freedom of press and to remind governments of their duty to respect and uphold the right to freedom of expression.

According to him, “l’m reminded of James Akena, a Reuters photojournalist who was brutally beaten by soldiers on 20th Aug 2018 for covering the # FreeBobiWine protests”.

“Gov’t first dismissed the pictures saying they are fake, then later said the pictures were from West Africa, and later Mr. Museveni said James was beaten because they thought he was a thief(even though he identified himself to the soldiers as a journalist)” he added.

Akena was captured on camera by fellow journalists being battered by Uganda People’s Defense Forces (UPDF) soldiers in downtown Kampala on August 20, 2018, while covering city protests. The video and photos of Akena’s battering while kneeling on his knees went viral on social media – with the government, first dismissing the photos as “fake” and later saying the soldiers in the footage appeared to be from West Africa and not Ugandan soldiers. President Yoweri Museveni later on said that when he sought for an explanation from the army, he was told that Akena had been beaten because the soldiers mistook him to be a camera thief because he couldn’t easily be identified as a journalist.