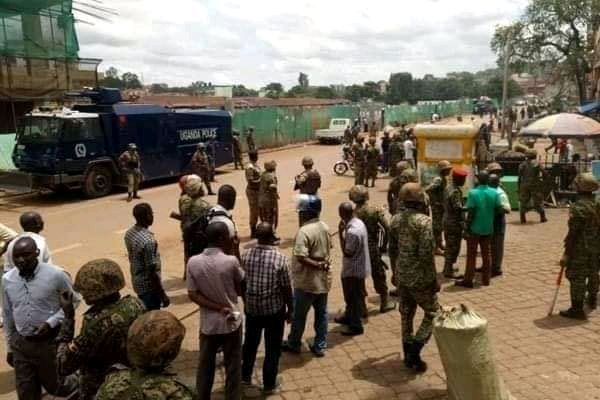 Just a day after president Museveni ‘eased’ the lockdown to include some of the businesses like garages to operate, motor vehicle mechanics who operate from the downtown Kampala based Kisekka market are stranded after police blocked them from operating. David Kateregga, a mechanic dealing in vehicle spare parts told our reporter that maybe police could have misunderstood what the president meant in his address. “Museveni is not stupid to say Garage and repair workshops should open. I believe whoever deployed the police doesn’t understand English. Do you think people would have come to work if the Garage isn’t open? Logically, garage and motor car shops go together,” Kateregga says.

Although the president opened Garages, he controversially declined to allow private and public transportation to flow and yet these are the biggest clients of the mechanics.

The mechanics had eagerly hoped to resume work this very morning only to encounter heavy deployment at their work place. Kisekka market remains the biggest supplier of spare parts to the opened garages across the country.

A day prior to Museveni’s address on, heavily armed soldiers intensified their patrolling and this time round they were backed by sniffer dogs something that signalled an extension to the lockdown which was supposed to close today. Uganda as of today stands at 97 cases after 8 more were reported on May, 4 by the Ministry of health.