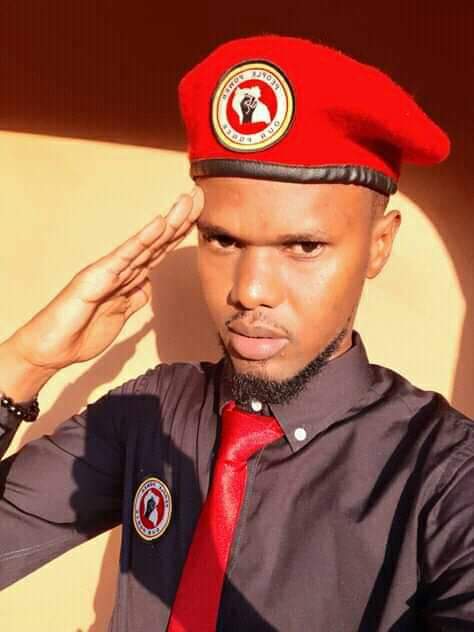 After a full day of facing harsh criticism from his online followers over what they described as a ‘hypocritical’ move, the unrepentant blogger, Ashburg Katto has revealed that he does not regret meeting with the NRM stalwart, Balaam Barugahare.

While appearing today on NBS TV and Spark TV, Ashburg blasted all People Power supporters for being driven by emotions. “First of all, I’m more aligned to People Power than most of you. I even have a tattoo to prove my allegiance,” Ashburg said as he displayed his arms inscribed with wordings of the People Power movement. “I forgive all my critiques because they have nothing to say,” he added. When asked whether he is regretting meeting with the NRM bigwigs yet he is an ardent member of the People Power movement, Ashburg said the otherwise. The youthful blogger says he is in fact proud to have lobbied from Gen. Muhoozi. “I am very happy that I have 100 heads looking to me. Gen. Muhoozi is a great person, I thank him for rescuing us,” intimates Ashburg. “Food has no political boundaries. You saw my ex boss, Bobi Wine delivering his share to the national task force. He didn’t think about us, he wanted to rescue the starving plight,” Ashburg adds.

The blogger accused People Power supporters of being hypocrites. “These guys cannot offer relief to you while in need, but they will feed you with all sorts of insults,” he said. “Now this Kojja Omugezi, who is formerly a rebel in the ADF made a live Facebook video asking people to lynch me. Why would he reach that extent?,” asks Ashburg following Kojja’s online appeal for retribution. The blogger adds that he does not mind even if people unfollow him on social media. “Even if I’m unfollowed, I don’t mind,” irregratbly said Ashburg.

It should be recalled that when singer, Eddy Kenzo met with Museveni at State house Entebbe, Ahsburg Katto was the first blogger to name tag him a traitor and hypocrite of all time. Today it is surprising, that Ashburg has made a u-turn to siphon from where he ridiculed Kenzo for.