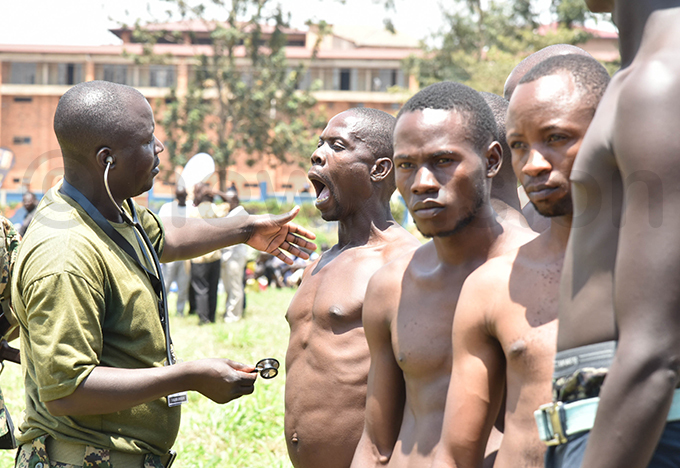 Local defense Unit (LDU) personnel in Kitgum district are unhappy about delayed payment of their salaries, security officials in the district have revealed.

More than 100 LDUs currently stationed at Kitgum Central Police station are providing security to aid the smooth enforcement of directives by President Yoweri Kaguta Museveni aimed at controlling the spread of the Coronavirus (COVID -19).

A high ranking Uganda People Defense Force Army officer during a weekly COVID -19 taskforce meeting on Wednesday said the LDU’s are disgruntled and are plotting to strike because of the delayed payments.

READ: LDU breaks into family’s home, flogs all and walks away with food
The aggrieved personnel are part of some 1,486 LDU soldiers who were passed out in late February this year from Labwordwong UPDF training wing in Paimol sub county Agago district.

According to the UPDF officer during the meeting, some of the LDU’s have since refused to take assignment unless their payment issue is resolved.

The statements follow reports raised by the taskforce members that security personnel comprising of UPDF, LDU and police are extorting money from unsuspecting victims because they are hungry and have no money.

The Pager Division Chairperson Morris Santo Oyo told members of the taskforce during the meeting that reports of extortion were on the rise within the municipality by security personnel.

Oyo queried whether the security personnel are adequately being financially facilitated to carry operations without being tempted to extort money from locals caught in cross roads with the law.

Although security personnel rubbish the allegations raised by Oyo and demanded production of evidence to back the claims, they acknowledged the fact that most of the LDU’s haven’t received their pay ever since they were passed.

READ:LDU, police officers to personally account for their brutality, says IGP
One of the high ranking security officials notes that they are currently running low on food for the LDU’s and UPDFs since its being shared with the Police officers and appealed for more food from the taskforce.

Another security personnel who didn’t want to be named says the LDU’s had spent four months in training adding that the army was sorting out all necessary requisites to have them paid.

“It’s true these LDU’s haven’t been paid, they were deployed around three weeks ago after finishing their four months training. It’s true sometimes money can delay in the forces, even me after finishing my training I started for six months before earning a salary,” He says adding that “These kind of grievances needs to follow the right channel so as they are addressed,”

Brig Kabango says salaries of both LDU’s and regular UPDF have already been paid adding that only five LDU personnel have not received payments because of some challenges with their bank accounts.