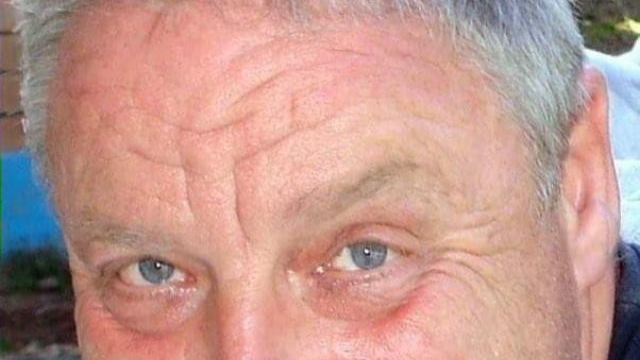 Glaser who was facing 28 counts relating to aggravated defilement and child trafficking was arrested in April 2019.
At the Masaka high court, his lawyers Caleb Alaka and Evans Ochieng made it known to the judge that the German was suffering from a terminal illness that required medical attention.

Glaser, who was the Director of Ssese Humanitarian Service, an NGO located in Mwena landing site in Kalangala district was facing eight charges of aggravated defilement and 19 counts of aggravated child trafficking.

Bernhard “Bery” Glaser a German national who was based in Kalangala has died in Luzira prison.
Uganda Prisons spokesperson, Frank Baine has confirmed Thursday morning. Glaser who run the “Bery’s Place”, a shelter for “sexually” abused girls on Mwena Island has been appearing before the court for alleged crimes of sexual abuse. 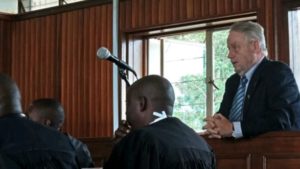 The deceased was subjected to a medical test and in July 2019, the Uganda Cancer Institute released a report indicating the Glaser’s health condition was not so grave for him not to withstand trial.

Glaser has been seen multiple times in court with what looks like a skin irritation on the side of his face.

Earlier this year in January, the Uganda Cancer Institute acknowledged that it could not handle the illness that Bery Glaser was suffering from. He had stage four cancer of the skin (melanoma) and diabetes. The cells that gave colour to his skin had become cancerous.

In February 2019, police detectives raided Glaser’s home in Kalangala and rescued at least 11 children living under his care. Police did not find Glaser at his home at the time. He was arrested later when he presented himself to the police.

It’s alleged that in 2007 and in November 2013 at Mwena Landing site in Kalangala district Glaser abused the power and authority he had over the minors that were under his care and sexually assaulted them.

Glaser was first arrested in December 2013 on suspicion of sexually abusing 19 minors under his care in Kalangala, central Uganda.

He was later acquitted by the court after the state failed to get incriminating evidence against him.

On Wednesday, the high court asked Glaser to pay UGX 30 Million before he is released on bail and flown to Belgium for treatment. Glaser was carried on a stretcher to and from the court. He was later taken to Murchison Bay Hospital in Luzira prison where he died according to Mr Baine