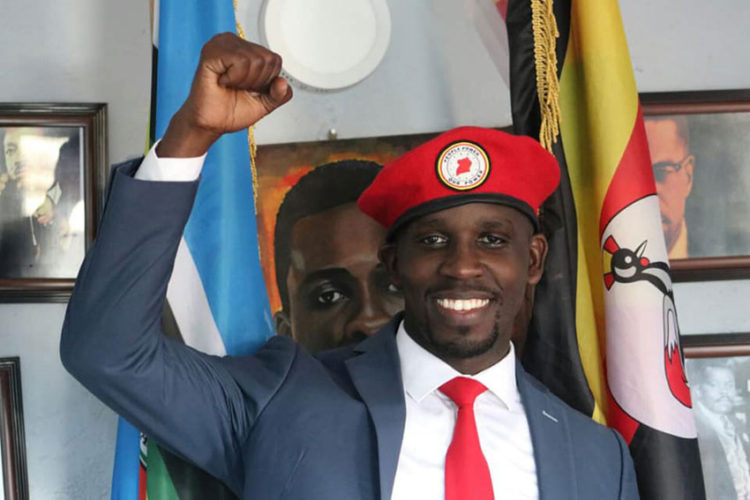 Today makes exactly a year since the People Power spokesperson dropped the towel at the high paying NTV news anchor job to join the struggle.

SEE ALSO: Why Joel Ssenyonyi is a Force in the Nakawa polls

Joel first proved himself when he joined the Kampala downtown social media tax protest that had been initiated by Bobi Wine in July 2018. He since went ahead to freeze his career as a journalist and joined the liberation struggle headed by the Kyadondo  East legislator, Robert Kyagulanyi Ssentamu alias Bobi Wine.

As a spokesperson, Ssenyonyi has performed and facelifted the movement from what it used to be. Earlier, regime propagandists like veteran journalist, Andrew Mwenda had branded People Power as a ‘hub of hooligans’ that could not appeal to the Ugandan elite. Mwenda claimed that People Power could not appeal to the Ugandan elite community because of its ghetto origin traceable to Kamwokya, a Kampala suburb. Joel’s exemplary step rebranded the movement and proved Mwenda’s narrative stale and null.

On May, 3rd 2019, Joel announced that he had quit his news anchor job at the Serena based NTV after five years of service. His exit was met with a plethora of criticisms from political analysts who argued that he had blundered to make such a move when the future of People Power is unclear. Just three days later from the criticism, Joel accepted his appointment to speak for the movement. From his ascension to the position, the movement has restructured its leadership to formally include regional and district coordinators. His entry has since attracted the Ugandan elite to include lawyers, engineers, doctors among other professionals who now openly relate with the movement.

Joel is currently eyeing the Nakawa MP seat which many anticipate to be a smooth run for him. On his first anniversary as the People Power mouthpiece, Joel says, “Today marks exactly One year since I was named People Power Spokesperson. It’s been a journey of learning, tough times, but mostly hope…Hope that our quest for a better country is not in vain. Let’s keep pressing on, with each one playing whichever role they can play. By God’s grace we’ll get there.”