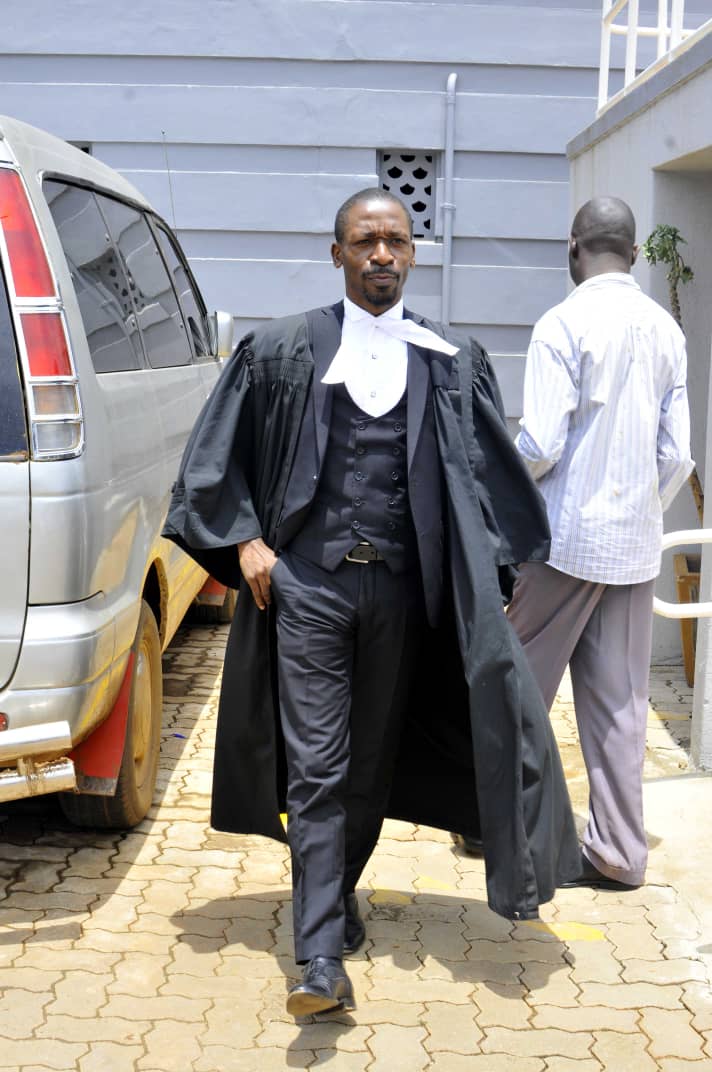 News jetting in indicates that renowned city lawyer, Isaac Ssemakadde has been arrested.

Police has not yet released a statement explaining his arrest yet but our preliminary findings implicate the Uganda Law Society president, Simon Peter Kinobe with whom they’ve had a multiplicity of online brawls.

Ssemakadde, has for a while questioned the position of the Uganda Law Society on the impending human rights violations by the Uganda Police force. Ssemakadde raised concerns about the silence of the ULS when MP Zaake was tortured in custody.

The infuriated human rights lawyer found out that the president of the ULS is a pronounced NRM cadre eyeing a constituency in Bunyoro, which explains why he can’t comment on the human rights violations superetended by the regime.

At the time of his arrest, Ssemakadde was at the high court civil division for the ruling in a miscellaneous cause 79 of 2020 filed by Geofrey Turyamusiima vs the Attorney General and Dr. Jane Ruth Aceng. In a post on his Twitter handle, he communicated his schedule prior to his eventual arrest.

We are yet to hear from the Uganda police acknowledgement of counsel Ssemakadde’s arrest.