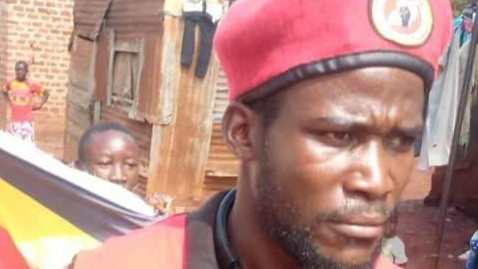 Eye witnesses to the arrest say they saw armed soldiers suffocating the entire neighborhood. They eventually captured Young off the streets of Kasokoso and dragged him into a waiting military van.

We spoke to Bobi Young’s wife on phone to ascertain the arrest and she confirmed it herself. A frightened Mrs. Young reveals that, the army men in a double cabin persuaded Bobi Young on their way back home. She suspects his arrests could be linked to his frequent solidarity posts condemning the torture on the embattled Mityana MP, Zaake. Bobi Young would later pay a visit to Zaake at Rubaga hospital where he’s being treated.

Earlier this year, Bobi Young was arrested and detained at Kawempe police station when he had gone to check on his colleague, Dencity the famous People Power flag raiser. Young was tortured while in CMI custody and his release happened several days later after photos of his tortured body went viral on social media.