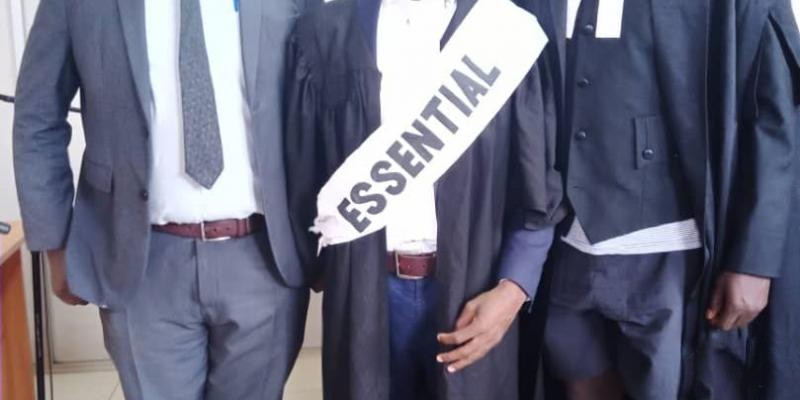 The High Court Civil Division has directed government to provide detailed mechanisms to ensure that all lawyers access their clients. Justice Michael Elubu issued the order on Thursday afternoon, saying there is need for government to provide the mechanisms to guard against the constitutional rights violation as a result of the Covid-19 lock down.

He argued that since President Yoweri Museveni partially lifted the lock down and included lawyers on the list of essential service providers, the Attorney General should draft measures to allow lawyer access their clients. He agreed with the lawyers who ran to court seeking to compel them on the list of essential service providers, saying there is need to develop standard operating procedures to see how all lawyers can be permitted to access their clients.

Justice Elubu however, notes that the application had partly been overtaken by events because of the president’s guidelines issued on Monday evening. In his televised address on Monday night President, Museveni said only 30 lawyers should be allowed to work at a given time.  In their application filed by Geoffrey Turyamusiima, the lawyers had sued Government and Health Minister, Dr. Jane Ruth Aceng for excluding them from the list of essential service providers and there by denied them chance to represent their clients.

It came after government through the Health Minister issued an instrument on March 30th, 2020 detailing measures aimed at stopping the spread of Corona Virus. The instrument listed among others security, medical workers, food dealers and media practitioners as essential service providers. Through his lawyer, Anthony Wameli, Turyamusiima argued that the rights of several suspects were being violated because of the failure by their lawyers to access courts.

In his ruling, Justice Elubu struck the Health Minister from the suit who had been sued in her individual capacity, saying there is no evidence that she made the said regulation out of malice and her mandate. The judgment was read out by Dr. Alex Mushabe, the Registrar High Court Civil Division in the presence of dozens of lawyers.

Prior to the delivery of the Judgment, Mushabe directed whoever was in court to get a facial mask and maintaining the recommended physical distance in compliance with government guidelines. Francis Harimwomugasho, the Secretary General Uganda Law Society has welcomed the court decision, saying it has helped them to sort out the confusion created by the President’s directive.