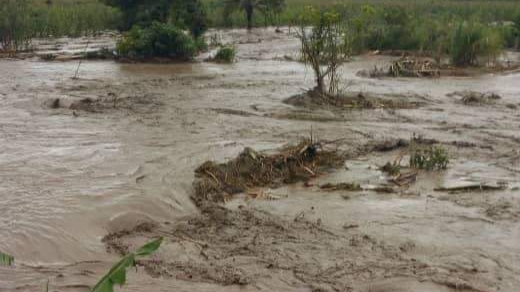 Hundreds of residents of Kasese district are facing yet another disaster after one of the area’s prominent rivers burst its banks on Thursday morning. The banks of River Nyamwamba opened up to gushing waters leaving hundreds of people scampering to safer areas.

Kilembe Mines Hospital has temporarily been closed as floods washed through the facility. It washed away the drug store and the hospital mortuary. The river last flooded in July 2015.