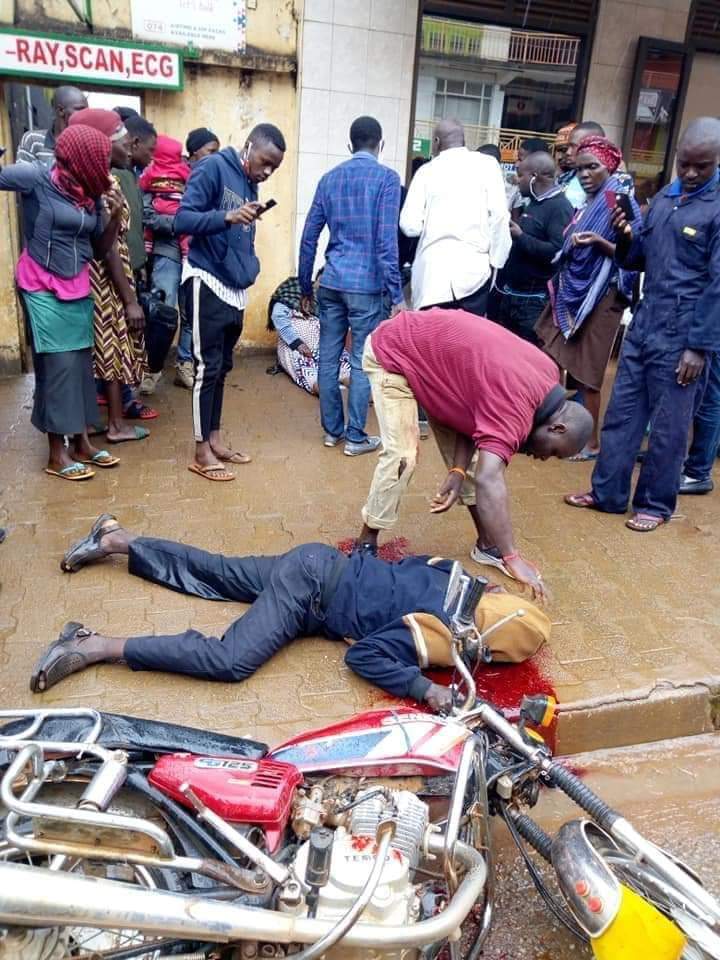 A yet to be identified officer of the Local Defence Unit has shot dead a Boda Boda cyclist who was carrying a pregnant woman in Masaka town as he chauffeured her to the hospital for maternal support.

The horrendous incident occurred a few hours back in the heart of Masaka town. The 27 year old Boda cyclist died on spot while the pregnant woman fell on the pavement and was rescued by pedestrians.

The whereabouts of the notorious LDU soldier are unknown and no official police statement explaining the incident has been released so far.

It should be recalled that in the last remarks of Mr. Museveni, pregnant women were granted relief and exemption from the tiresome procedure to liaise with their respective Resident District Commissioner (RDC). Museveni said that in case of emergency, pregnant women can be allowed to use private means to access hospital. Relatedly, in Kyengera a road block of police officers denied a taxi driver access to the hospital and asked him to make u-turn. The distressed driver had to turn into a midwife to save his wife from losing her life.