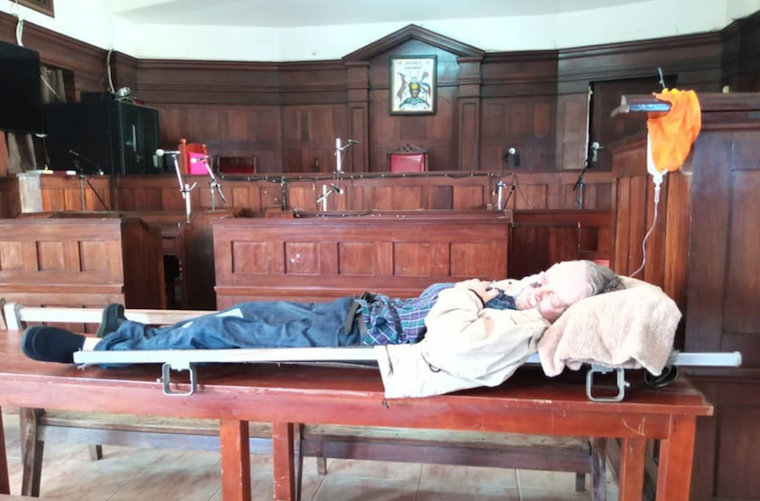 The judiciary has explained circumstances that led to the delays in granting bail to the deceased suspected German, Bernhard Glaser who died yesterday in Luzira prison.

According to a press statement read by Frank Baine the prison spokesperson, the 73 year old Glaser died on Thursday morning at 8:15am after a long time battle with skin cancer.

The Ugandan judiciary has been tasked to explain why the high court judge Moses Kazibwe set tough bail conditions yet the state of the suspect was in dire need of urgent medical attention. The judiciary spokesperson says all the set bail terms are a responsibility of the judge and can’t be influenced by anyone.

A day before his death (Wednesday, May 6) a sickly Glaser was led to the high court in a stretcher carried by four prisons officers. The deceased German looked frail and agonized. He could barely say a word and looked to be totally unconscious and unaware of whatever was happening to him.

The negligent act of the judge violated humanitarian laws. He wanted a cash bail of shs 30m to he paid by Glaser’s family. The unfortunate bit of it was that the money was raised in the evening hours when the banks had closed. Glaser could not wait on for the bail and breathed his last at Murchison bay prison hospital. Glaser had spent one a half years on remand at Luzira prison pending investigations into aggravated child sex offences and human trafficking. However, sources at his Kalangala based home say some government officials were chasing after his wealth and investments.