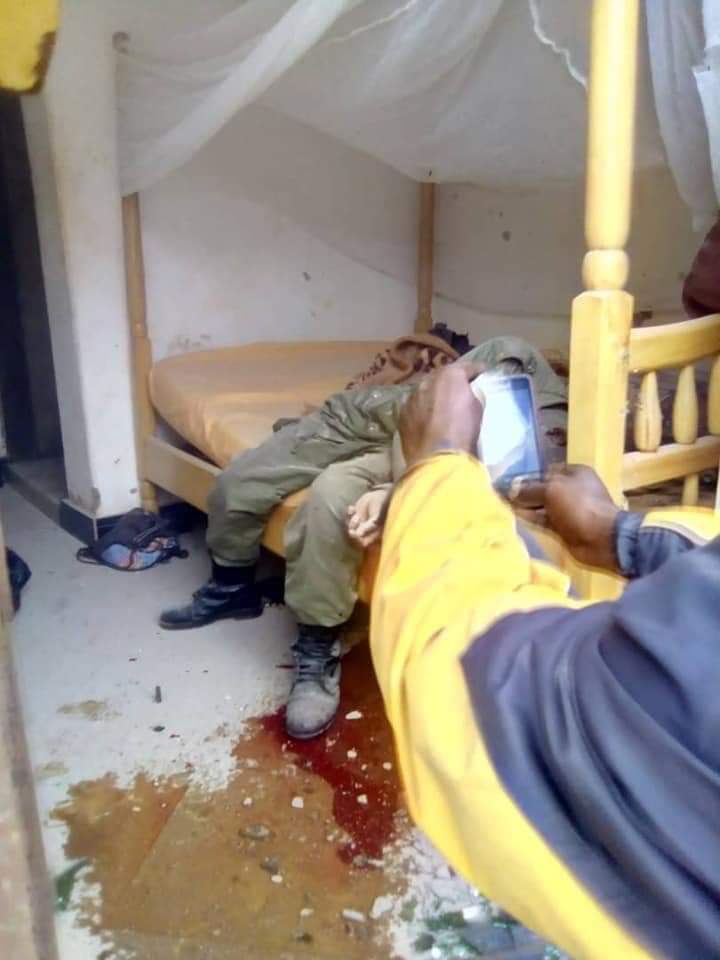 News reaching our desk indicates that the trigger happy LDU personnel who was captured on CCTV footage gunning down a Boda Boda cyclist carrying an expectant mother has also been shot in a joint security manhunt.

The LDU officer only identified as Robert has been shot by the military at Ssenyange street in Masaka town. A statement issued by the Masaka army spokeswoman, Maj. Flavia Terimulunji confirms the death of Robert.

Eye witnesses say they saw the LDU officer trailing on the deceased. He later strategically positioned himself along Elgin street opposite a local health centre, Byansi clinic.

From close range he shot at the deceased cyclist and killed him instantly. The woman too sustained bullet wounds. Unconfirmed reports say she has also succumbed to the wounds. The trigger happy LDU goon opened fire in the air and fled the scene in fear of being lynched by the onlookers.

The Local Defence Unit was created to counteract the political opponents of the incumbent Yoweri Museveni regime. Their notoriety has however hit the climax in these times of COVID-19. They aimlessly shoot at people without double thoughts.

SEE ALSO: LDU breaks into family’s home, flogs all and walks away with food