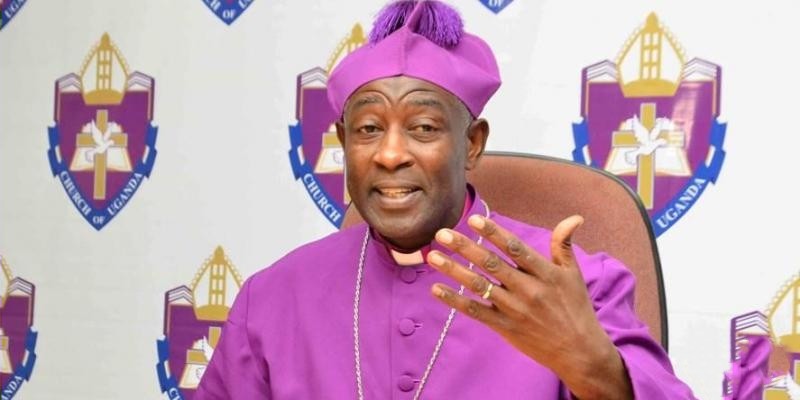 The Archbishop of the Church of Uganda the Most Rev. Dr Stephen Kazimba Mugalu says that the multitudes of disasters that the country is facing are an invitation to Ugandans to confide in God’s strength.

Thus was part of his sermon at the National Prayers for COVID-19 held at State House, Entebbe on Saturday afternoon.

Dr Kazimba made reference to the attack by Swarms of locusts, the recent floods in Rwenzori region, the rising water levels on Lake Victoria and the ensuing displacements, shootings and the ongoing COVID-19 lockdowns and said these are tell a tale signs for Ugandans to reflect on the spiritual aspect to all the problems.

The Archbishop also said that the times were very challenging for everyone noting the several comments and petitions from members of the public in regard to the increasing number of truck drivers testing positive to Covid-19. Uganda on Friday confirmed new 13 positive cases all from truck drivers and according to Kazimba the matter needs attention.

But Kaziimba appealed to Ugandans to remain still and know that God is their refuge in times of trouble. He noted that as leaders, doctors, scientists, researchers and everyone is having limitations, God is in charge.

Cyprian Kizito Lwanga, the Archbishop of Kampala Archdiocese said that Uganda was a nation of believers and appealed to the citizens to use the current times to be still and know that the Lord is God.

He added that Uganda will commit itself wholeheartedly to continue trusting in the heavenly father and meditate on the way of living.

“…While we reaffirm the role of medicine and scientific research in fighting this pandemic, we should not forget to seek refuge in the God almighty as we face this severe crisis,” Lwanga emphasized and called upon all people around the world to pray, observe fasts and do good deeds in order to end the pandemic.

Reflecting on the situation in Uganda, Lwanga said that the COVID-19 lockdown is not only a time of suffering but is also a  time of loving God and our neighbours.

“A time of planning as well as saving, a time for praying as well as a time for hoping…so we should not lose hope and this is the reason as to why we are here to pray for the mercy of God in finding a solution in this pandemic,” said Archbishop Lwanga.

In his prayer, the Archbishop of the Orthodox Church in Uganda, His Eminence Metropolitan Yona Lwanga prayed for mercy and God’s guidance during the current crisis.