Bobi Wine continues to inspire both young and old. 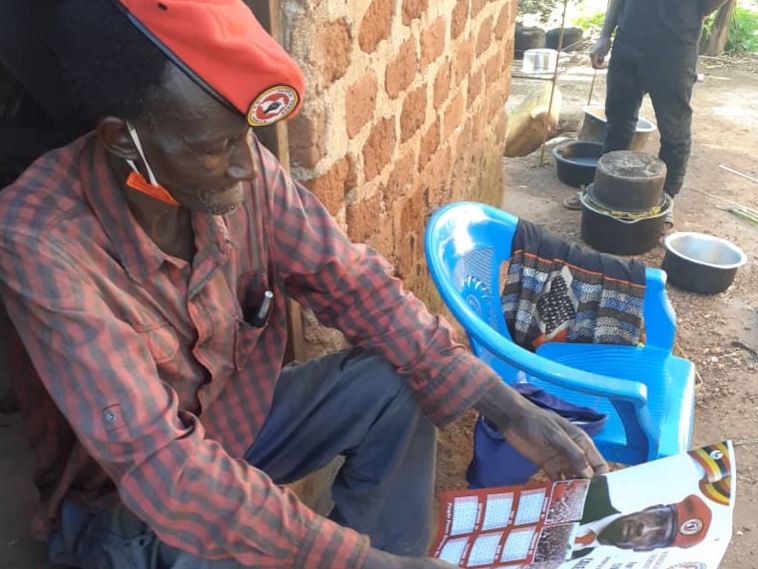 Mzee Yiga Kakeeto Frank whose video clips are circulating on social media with no kind words to the Ugandan long serving dictator Yoweri Kaguta Museveni where he openly criticizes the ruling government over failure to take up it’s full responsibility to serve the people of Uganda is a true People Power supporter and a fun of Bobi Wine.

When asked why he calls himself ‘Taata Bobi’, he said, all what he does resembles Bobi Wine’s actions. He revealed that he likes everything about Bobi Wine in relation to his social and political lifestyle. He’s also inspired by Wine’s edutainment style of music, way of doing things and his kind heart to offer himself as a living sacrifice for the people of Uganda.

Taata Bobi as he calls himself is an LC1 chairperson. He narrates how he offered himself among other obligations to help expectant mothers in his LC1 community. He hired a 24/7 working vehicle on his personal money to ease the transportation of expectant mothers to hospitals more especially during this lockdown regardless of him not having a COVID-19 sticker.

He continued to show dissatisfaction about the ailing health care system, corruption in public entities, embezzlement and greed to power by the NRM government. He ended by asking Ugandans to get involved and support Bobi Wine for a better Uganda. That’s where the hope is.