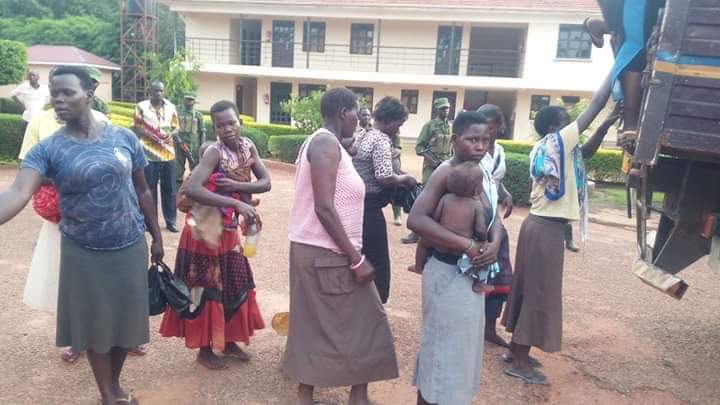 As the international mothers’ day draws close, women in Uganda may not have to commemorate this day on their calendar especially in these times of COVID-19.

Our anonymous sources in the Uganda prisons service have disclosed vital information about how all the nationwide facilities are filled with breast feeding mothers who have been picked by security forces manning the curfew and implementing presidential directives. Among the most affected is Luzira and Kitalya prisons which are handling Kampala and Wakiso which are Uganda’s most populated points.

“The prisons are filled past capacity. We feel concerned about these endless arrests. These women are our sisters, mothers, aunties and friends,” says a corporal in the prisons service who spoke to us anonymously for fear of reprisals. “We don’t even have sufficient food to feed them. Their babies too need proper medical care and yet our prison facilities are incapacitated to handle such” she adds.

Disturbing images of wailing women with babies clinged to their backs are making rounds on social media. The tearful ladies are seen being bundled onto a Uganda prisons service van which dumps them in cells across the country. Ugandans have related the ugly scenes to the Arabic slave markets in the Mediterranean region where women are to-date trafficked to Europe for sale as sex slaves.

Our private probe conducted since last week found that majority of these women are captured off Kampala streets and other major urban towns where they do some food hawking to sustain their livelihoods. The other arrested category are the sex workers who have run out of business since the lockdown was pronounced.

Despite all these aggravated attacks on her own nationals, Uganda is still a lucky nation receiving millions of dollars in terms of donations from her allies. The most recent donation is of the International Monetary Fund which disembarked $491.5 million to support Museveni’s COVID-19 fight. The ironical bit of this is that the money is channelled into construction of military arsenal in a bid to sustain Museveni’s prolonged stay. In short, the IMF is either knowingly or unknowingly supporting the oppression of women in these times of the pandemic since it is their very money that is making this tormenting possible.