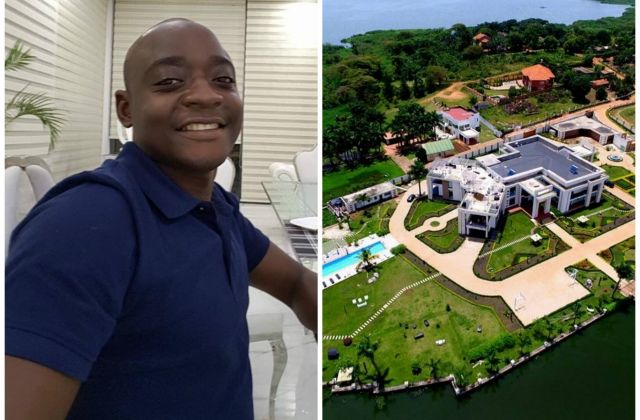 Kampala Capital City Authority (KCCA) is set to evict city businessman Hamis Kiggundu from his multimillion mansion located at the shores of Lake Victoria in Buziga. The Ugandan born businessman who also runs a chain of businesses in the UK, US and South Africa is one of the richest man in the country.

Ham’s home located at Kawuku, Bunga is one of the most luxurious and most expensive residential homes in Uganda. The unique house is valued at Shs12.3 billion. According to reports, The construction plan for the House was not in line with the recommendations of NEMA. This was revealed on Friday by Peter Ssetenda, an Environmental Officer at KCCA who together with other officers were on an assessment tour on the structures affected by the rising water levels in Lake Victoria due to enormous amount of rainfall.

Police hunt for man who killed wife and children in Banda

“During our tour, we have realized that many permanent structures were put up illegally. They didn’t get permission from KCCA and they are the reason why Lake Victoria is retaliating. No permanent structures are allowed to be built within 200 metres near water bodies. So we are going to demolish them and we shall not compensate owners,” noted Ssetenda.

“We warned Ham when he was constructing that house that he was putting up illegally but he turned a deaf ear.He knows very well that his house is there illegally. We are going to get in touch with NEMA so that we demolish all the illegal structures near the lake,” Ssetenda added.

Last month, It was reported that Ham’s house was invaded by snake and frogs following a heavy downpour that lead to bursting of Lake Victoria’s shorelines.