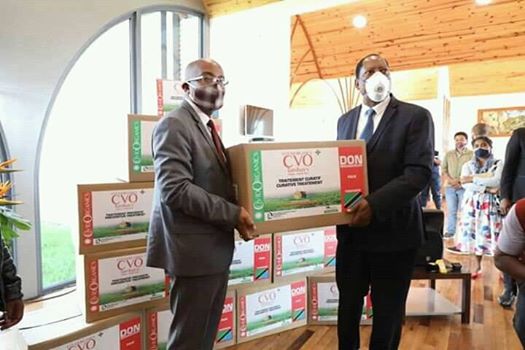 Tanzania has received it’s first shipment of COVID -19 herbal cure from Madagascar. The COVID-19 organic tea has been approved by the government of Madagascar as being effective in treating corona virus disease.

Government Spokesperson Dr. Abbasi said Tanzania has already received corona antiretroviral treatment from the Government of Madagascar, a move that comes just days after President Magufuli said he would send a Madagascar flight to the drug.

President Magufuli had announced that he will send a plane to collect the covid organic tea from Madagascar a few days ago. He directed the necessary ministries to fast track the process and bring that ‘cure’ to Tanzania. A few days later his words came true. He has been a president with sharp stands but his methods succeeds at last.