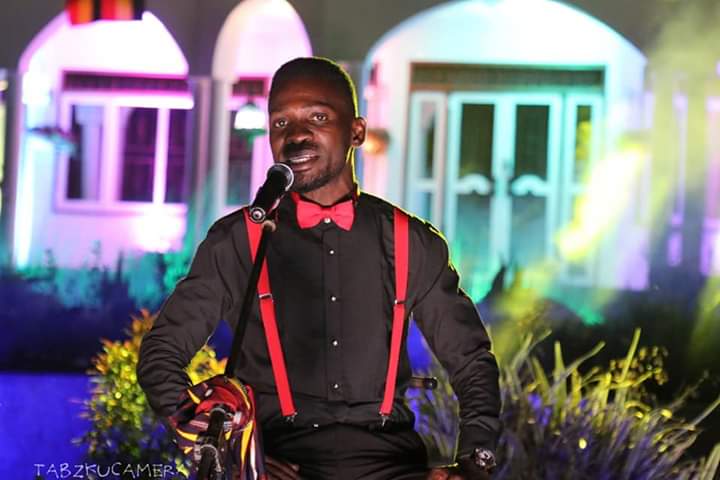 After several years without a live performance on Ugandan stages, the singing MP has been warmly welcomed by millions of Ugandans who watched his Mothers’ Day special treat dubbed ‘Ensasage mu Nyumba’.

The record breaking performance was a mixture of the musician’s first hit songs up to the latest Corona virus alert tune that has also wildly conquered the global airwaves. Backed by his long time confidant and fellow artiste Nubian Li, Bobi Wine revived the blazing Fire Base thrilling live performances. The entire Magere mansion was well lit with camouflaging disco lights that could make the performance lively and rhyming with the musical instruments of the band. Bobi has been lauded for the day’s creativity.

The serenity of the vast mansion compound gave the performance a good composure. The unrivalled unsurpassed rendition of hits like ‘For Better for Worse’, among other love songs sent the online audience in emotional delight. Majority in the comments section asked Bobi why he all along could not take to the online performances instead of battling with the biased pro-regime police. “Going online would indicate we’ve subdued. It’s better to fight for what truly belongs to us,” Bobi replied.

By closure of the live show, Ugandans were super excited to virtually see the presidential hopeful back on stage. Majority rated this show to golden level given its unprecedented style. It is something that has never featured on the Ugandan scene. The regime hackers had to prematurely tamper with the sound system which eventually led to the end of the performance. Bobi’s edutaining musical mother’s day performance will stick to the memories of Ugandans that have lived to witness it. His honoury tributes to the legendary Goodlyfe singer Mowzey Radio and the late Herman Basudde will always stick to the minds of all that have watched this show.