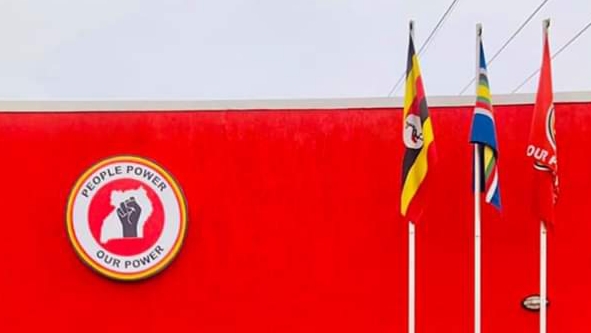 The decision by the International Monetary Fund (IMF) to offer the Ugandan regime a US $491.5 million Rapid Credit Facility has been received with concern by many Ugandans and indeed the People Power Movement.

In a statement issued on 6th May 2020 the IMF said the credit has been extended to Uganda to address economic setbacks caused by the Covid-19 pandemic. As further justification, the IMF states that the Ugandan government has increased health spending, implemented bold containment measures and attempted the most vulnerable from the impact of Covid-19

Health spending has been decreased by 0.9% in the next financial year. The budget share of the already under-funded health sector will drop from 7% to 6.1% for 2020/2021. Given the state of understaffing and under-equipment of public hospitals, particularly those for use in case the pandemic spreads any further, we can only conclude the IMF has been misinformed.

While the government of Uganda put in place containment measures, after six weeks of lockdown, many of the 1.5 million people identified for relief food have not received it. There have been serious procurement violations as well as use of branded relief food for electioneering.

The IMF’s statement does not outline specific economic issues to be addressed with the loan. Poorly prepared programmes for which there is so much funding have failed in the past, like Universal Primary Education. Existing loans have under-performed. For example, with only 6 months left to expiry, only 56% of the Uganda Teacher and School Effectiveness Project (UTSEP) loan had been utilized. 95% of the loan under the Uganda Support to Municipal Infrastructure Development (USMID) remained on municipal accounts for years.

Our concern is based on Government’s lack of capacity to properly utilize and account for the IMF facility. Indeed, Uganda’s existing Covid-19 Fund has already shown signs of waste and a lack of accountability -the hallmark of public expenditure management in Uganda. There is no known accountability framework for the Ushs. 27 billion raised the Ugandan business community and general public so far.

Grant’s from IGAD, Ireland, Denmark, the USA and the EU amount to $55,958,031. Prior the outbreak, Parliament had approved a loan of $649,749,000 to balance the budget. Out of the Ushs. 304 billion Government Covid Fund, the allocation to the health sector is Ushs. 107 billion, the security sector was allocated 73.6 billion while only Ushs. 59.4 billion was allocated to supporting the urban poor. The rural poor who are the majority, were not provided for by Government but the Food and Agriculture Organization has recently pledged to feed over six Million countrywide.

Alongside this is a running cash bonanza that has seen 10 billion shillings go to the National Association of Broadcasters under the ICT Ministry, 3.1 billion for coordination and preparedness for Kampala City Council Authority and 3 billion shillings for roadside billboards under the ICT Ministry. The Ugandan Public has been outraged by waste of public resources, the latest development being a proposal to give Members of Parliament more money ‘constituency funds’ to carry out service delivery during the crisis.

The IMF facility has been made available seven months before the 2021 elections. The risk is populist spending. The World Bank pointed out this risk when it reviewed the Second Economic and Financial Management Project which ran from 1999 – 2003. A more recent report (in 2016) by the Alliance for campaign Finance Monitoring (ACFIM) in 2016 showed that over-expenditure peaks during the election cycle, meaning public funds are used in electioneering. The same issues persist today and are arguably worse.

Now as then, there is a significant risk to the development outcome of the new IMF Credit to Uganda because it has arrived during an election cycle. Populism has already been seen in expenditure of Covid funds on billboards disguised as Public Safety Announcements and on branding relief food items.

To quote the World Bank “(i) the livelihood of weak fiscal discipline during an election year; and (ii) the uncertainty associated with the political process in the absence of a clear policy for transition, which could result in weak commitment to public finance management.”

The World Bank’s assessment pointed out, “Weak Government performance at Project launch was reflected by inadequate capacity to anticipate the requirements of the project……” This being a ‘rapid’ credit facility, even less planning than usual will take place. The National Planning Authority is not fully constituted and lacks 9 key staff.

Borrower performance was described as weak owing to “(i) failure by authorities to anticipate parliamentary requirements for processing project issues, leading to long start-up delays; and (ii) the lack of budgetary discipline during the election year, which posed a risk to the integrity of the fiscal systems” (Source Report ICRR12723).”

We urge that that an assessment of Uganda’s detailed economic and social protection needs is done before the facility is made available.

Part of this assessment should focus on the critical Rule of Law issues that underpin successful crisis management. Violence by the security sector has escalated since the lockdown began. The IMF has previously stated, “Human rights and macroeconomic stability are far from incompatible. Rather, they both play crucial roles in the fight against poverty.”

It might help the IMF to know that critical Articles and procedural requirements of our Constitution (Article 110 on states of emergency and 159 on borrowing and/or lending) have been ignored -the country is being run by presidential decree.

Finally, we request the IMF take into consideration; existing international loan repayments which will absorb at least half of our revenue, and the domestic loans borrowed to pay maturing loans which will take 16.46% of the budget next year. Continuing with higher doses of the medicine that did not work in the 90s, without paying attention to preexisting conditions (like corruption) that afflict this patient, will do more harm than the virus in whose name the Rapid Credit Facility has been extended to Uganda.