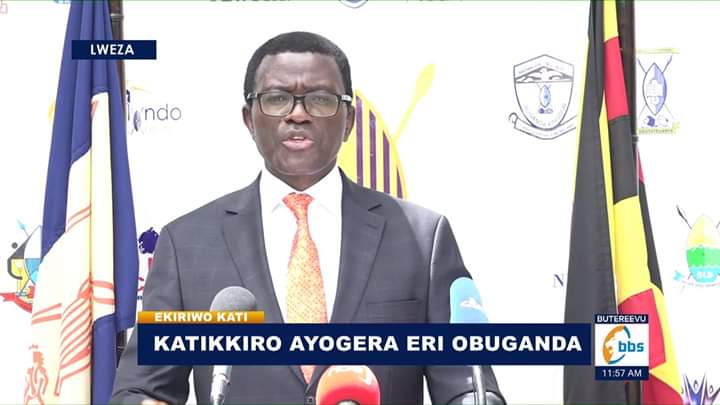 After a while of silence, the Buganda premiere, Charles Peter Mayiga has echoed out the position of the Kingdom regarding the torture of the Mityana MP Zaake.

Speaking from Lweza before a live televised address on the kingdom owned media, BBS Terefayina, the PM expressed his anger at how the MP was wildly tortured by his captors.

“MP Zaake says the motive behind his torture was on tribal grounds. I urge the government to make an independent probe into that,” Mayiga said. “We can’t be mute on such a matter when our people are being killed. They started with Ritah Nabukenya, Dan Kyeyune and now we see things worsening,” he added.

He further lashed out at the regime for harbouring and grooming tribal violence. “If it’s about tribal prejudice and discrimination, we shall gather our courage and resist it in unison,” Mayiga warns. “There’s a minister who claimed a handcuffed Zaake tortured himself. Is that really logical?,” Mayiga wondered while commenting on the government report on Zaake’s torture allegations.

Since time memorial, Buganda has always been at loggerheads with the central government over who wields political and social power. In the late 1960’s, the tension escalated into a full raid on the Mengo people by Obote government troops which left everything ruined. Eventually, monarchism was disbanded till Museveni restored it in 1993 but set tough terms and trimmed the power of monarchists. History would later repeat itself when the Museveni government again launched a war on Mengo in September 2009 that left dozens dead and several Baganda youths detained in Luzira prison.