Gen. Tumukunde Out on Bail 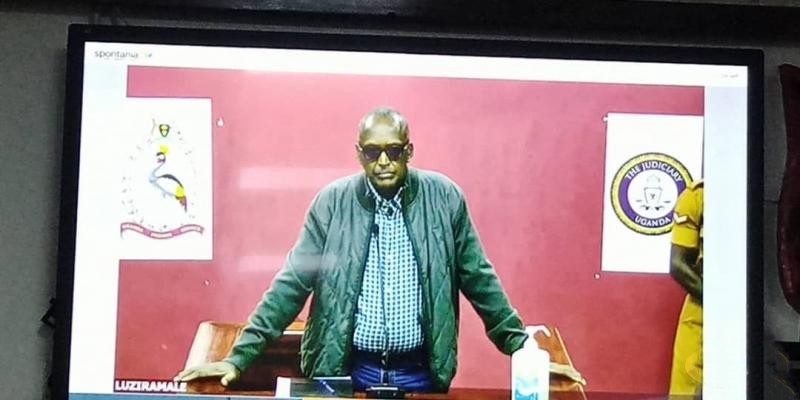 Justice Kwesiga ordered Tumukunde, who is standing trial for treason and illegal possession of firearms, to deposit his passport with court and report to the High Court Registrar once each month for the extension of his bail on the treason charges.

Justice Kwesiga also directed the retired military officer to appear before the Senior City Hall Grade One Magistrate, Valerian Tumuhimbise, on May 20 for the extension of his bail on charges of illegal possession of firearms. He dismissed the objection raised by the State Prosecutor, Lino Anguzu, to Tumukunde’s bail application citing incomplete investigation, saying the habit of arresting, charging and remanding accused persons before completing investigations should stop.

He also noted that he had looked at the Search Certificate of March 13 presented by the state that clearly shows that the necessary exhibits were recovered. Justice Kwesiga also noted that it is more than 60 days since Tumukunde was arrested, which is sufficient time for police to conclude its investigations since it wasn’t affected by the lock down.

Tumukunde was picked from his Kololo residence on March 12 and arraigned before City Hall Magistrate’s Court for treason and illegal possession of firearms. He was subsequently remanded to Luzira Prison. He applied for bail through his lawyers Anthony Wameli, Alex Luganda and Geoffrey Turyamusiima on grounds of advanced age and that he was a presidential aspirant and needed time to consult on his political ambition.

He also argued that he has a permanent place of residence in Kololo. On April 14, 2020, Justice Kwesiga said he would consider Tumukunde’s application after the lock down and advised him to get sureties above his military rank. This meant the sureties had to be at the rank of Lieutenant-General, which is Tumukunde’s rank, or above.

However, Tumukunde’s lawyers, who were joined by criminal law don McDusman Kabega, filed an application for a relaxation of the bail conditions, saying they had failed to secure officers above his rank since he is no longer a serving officer.

They also argued that the lock down was mostly likely to be indefinite because of two extensions.