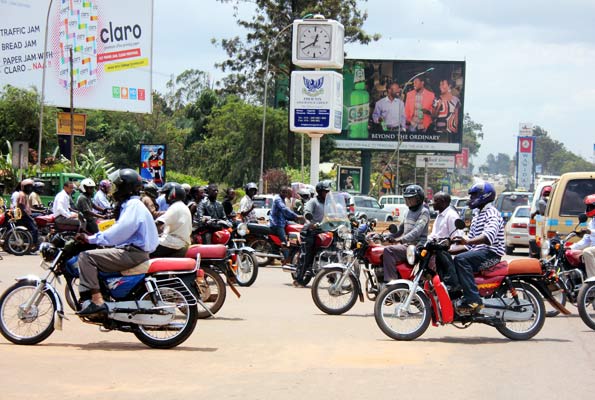 Former senior presidential press secretary, Joseph Tamale Mirundi has today warned the Kampala Capital City Authority(KCCA) of the possible outcome of the impending plan to phase out the Boda industry from Kampala.

Mirundi says majority of the youths in the Boda Boda industry totalling to about 300,000 are devastated people who lead a hand-to-mouth lifestyle. He argues that they only have the motorcycles as their left investment and therefore ejecting them out of business might immensely cost the government in terms of hiking not only unemployment but also intensifying crime rates. “These Boda cyclists are devastated veterans who lost most of their belongings and now have the Bodas to give them a daily shs 10,000,” Mirundi said. “You destroyed the UTC which was one of Amin’s outstanding achievements. The private investors volunteered to build the ailing transport industry and now you want to take it from them!,” he added.

Mirundi says the move which is widely endorsed by the Kampala minister, Beni Namugwanya has hidden personal motives. He argues that minister has issues of unfulfilled promises in her constituency and therefore fills relieved in case the plan succeeds. “Nanugwanya promised to give out Boda Bodas to the youths in her constituency. That’s why she wants this plan to succeed so she justifies her failure to deliver the promised Bodas,” Mirundi says. He however advised the KCCA planners to benchmark from the Kenyan model which imposed a five year ban on the importation of unwanted vehicles. Mirundi argues that if the KCCA borrows that model and imposes a similar five year ban on importation of Boda Bodas, maybe the industry can gradually be restructured as opposed to the instant ban.

Mirundi’s cautions comes a day after Kampala members of parliament who represent the five divisions strongly opposed the KCCA proposal after realising it would automatically unemploy thousands of youths who’ve been earning from the industry. “Street food vendors, washing bay and garage operators all survive on Boda Boda cyclists. Kicking them out will directly impact on related sectors,” warned Kampala central MP, Muhammad Nsereko during a Monday presser.

The KCCA say they are to reduce the number of Boda Boda stages from over 900 to about 350 and register the cyclists to recognised chartered companies like Safe Boda and Uber. Analysts say the move is meant to regulate the politicization of the industry since majority of these cyclists are linked to the People Power movement. However, KCCA disputes the claim as they argue that their move is aimed at decongesting the city.