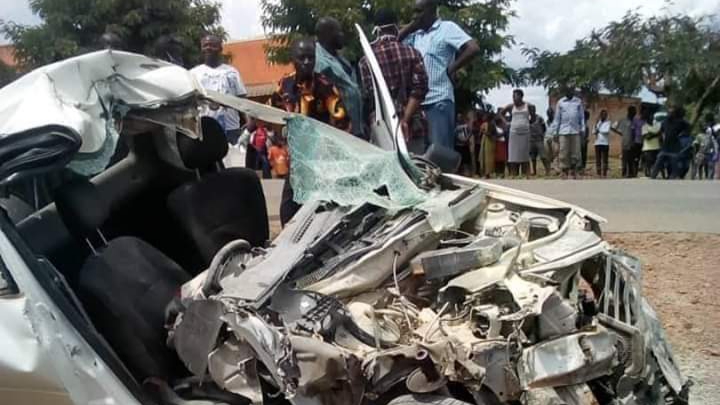 Two police officers have died in an accident at Karungibayi, along the Hima-Kasese Road this afternoon.

The deceased have been identified as Constable Daniel Kule, a driver of the canine unit vehicle registration number UP 7527 and Detective Constable Wilson Mbusa. The two had taken a juvenile offender to Kitumba Remand home in Kabalore district for detention when the tragedy occurred.

Martial Tumusiime, the Greater Bushenyi Region Police Spokesperson says that the two, were on their way back from Kabarole when the driver lost control of the vehicle and rammed into a parked vehicle. The police car reportedly overturned several times killing the two on spot.

Tumusiime attributed the accident to reckless driving and overspeeding. He said that the bodies were taken to Kasese health center IV mortuary.