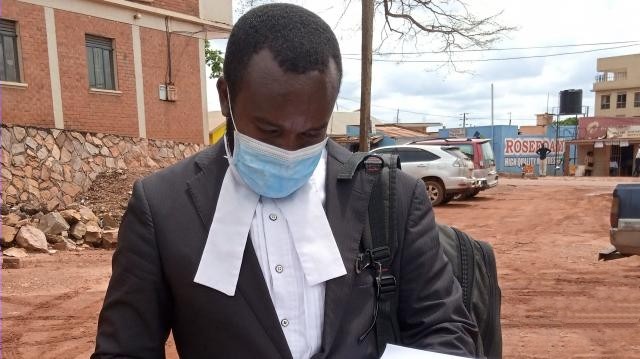 The High Court in Mukono has awarded 30 million shillings each to ten people who were illegally arrested during the presidential age limit demonstrations.

In the judgement read out by the Mukono High Court Registrar Harriet Ssali, Justice Margret Mutonyi awarded each of the applicants after their rights to a peaceful demonstration were abused, unlawfully arrested and detained.

Justice Mutonyi also directed Brian Nyehangane the Officer in Charge of Naggalama Police Division to pay one million shillings to each of the applicants for arresting and detaining them beyond the 48 hours.

Alfred Ndugtse was also directed to pay one million shillings for ordering for the arrest and detention for the applicants well aware that they were exercising the right to demonstrate as allowed under the constitution.

One of the applicant’s lawyers Emmanuel Turyomwe criticized the court for ignoring passing stringent penalties against other police officers he says also tortured his clients.

Meanwhile, the same court has also awarded 30 million shillings each to two women Aisha Ampiire and Sadati Nansubuga for illegal detention and torture. The women are spouses to some of the suspects charged with the murder of former Police Spokesperson AIGP Andrew Felix Kaweesi.

Court heard that the two were arrested by Nagalama Police Officers together with eleven children of theirs and detained in several places for 51 days without any charges levied against them.

Court also directed Detective Constable Sarah Nankwanga attached to Nagalama Police to pay Ampiire five million Shillings as a punishment for her actions of torture by blindfolding her.

Brian Nyehangane the Officer in charge of Nagalama Police Station will also pay Nansubuga one million shillings for concealing the whereabouts of her children.