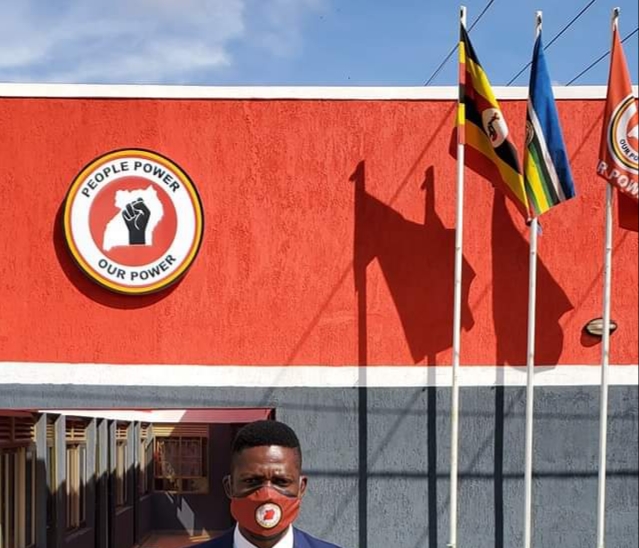 Following the World Health Organization announcement that the novel Corona virus disease is likely to stay for some time, several countries are now devising means of how their citizens can learn to live with the endemic. In some of the innovations, people are adopting a new lifestyle of wearing face masks in public places. Uganda as a country will effect the new guideline on May, 19 whereby any citizen caught without a mask is to be arrested and apprehended. Dwelling in fear and cognizant of the insensitivity of the leaders in power, Ugandans opted to create their own masks. Amongst the several dozens of local innovators was the People Power movement through its informal sector leadership led by Chairman Nyanzi Fred.

The NRM too did not sit back, they also made similar face masks but the public unanimously shunned their product and craved for the People Power mask. Envious of the development, today the NRM leader, Yoweri Museveni instructed the Uganda National Bureau of Standards (UNBS) to use its statutory powers and phase out the newly launched People Power face masks.

Our site has exclusively come across some audios of a top NRM official instructing the UNBS boss, Dr. Ben Manyindo to devise means of using his powers to ban all non-gazetted masks especially the People Power mask. Important to note is the fact that the ban comes just days after Ugandan local manufacturers had already began producing their own face masks. The NRM mafia regime seems to be fully devoted to reap from the covid crisis which explains why they are rushing to obtain patent rights and protection.

“The Uganda National Bureau of Standards (UNBS) has issued new standards for Facemask and is calling upon facemask manufacturers to seek certification of their products to ensure that they meet National quality standards,” reads part of the statement released by Dr. Manyindo today on the official UNBS site by.

In a related emphatic media briefing today, Dr. Manyindo confirmed that his department has already licensed about 10 local manufacturers to produce the said masks. “We have okayed the production of these masks to be conducted by only 10 companies. We hereby de-gazette other local producers,” he said. “These masks are unhealthy and not fit for use,” he adds.