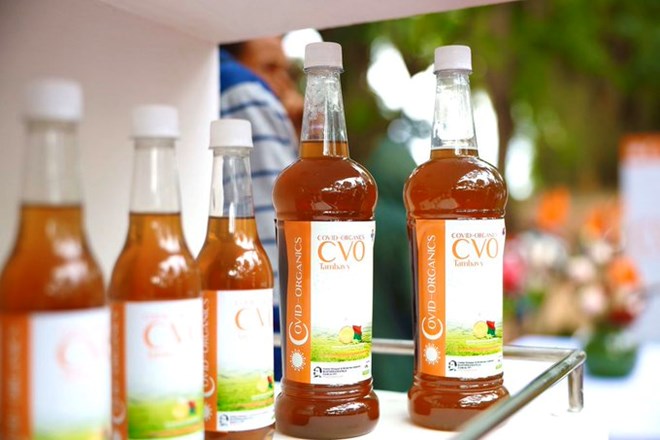 In recent weeks, Madagascar came out to declare how it had finally found the cure for COVID19.  The president, Andry Rajoelina, came out publicly confirming the great News. Many African countries including Tanzania, Togo and Nigerian showed their interest in this curing drink by placing orders.

However, in recent days, the World Health Organization (WHO) has come up to warn the public against any such drugs. According to a post on their official website, Who says that there is “no evidence to suggest that COVID19 can be prevented or treated with products from Artemisia-based plant material.”

Madagascar has been using Artemisia annual  plant extract which is sometimes referred to as sweet wormwood, mixed with other herbs to make the COVID19 herbal drink which has since been declared by many African media as “a miracle drug.” The artemisia plant is also used in manufacturing malaria drugs.

A team of Scientists at Germany’s Max Planet Institute of Colloids and interfaces in Potsdam are among the researchers from Germany and Denmark collaborating with US company Artemilife to explore whether the Artemisia annual plant can be used against the novel coronavirus.

”It is the first study in which scientists are investigating the function of these plant substances in connection with COVID19.” Said Peter Seeberger, the head of of the study.

The cell study will use extracts from the Artemisia annual plant as well as derivatives isolated from the such as Artemisinin.

It is however still difficult for other scientists to carry out the tests since its formula is still secret. Speaking about its formula, the director of Malagasy IMRA research institute, Charles Adrianjara says that he couldn’t revel its make-up to protect intellectual property rights.

The scientists expect the results by the end of May. The success of the Artemisia drug in these trials will will call for further trial, including clinical tests on humans.