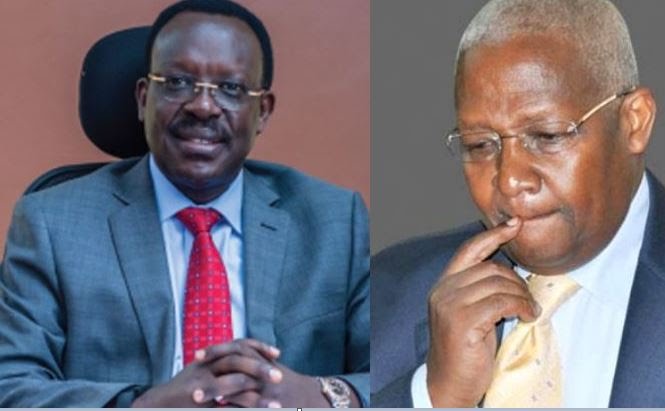 Ugandan Minister for foreign, Sam Kuteesa is in the spotlight for allowing back his friend’s family members to return back into the country.

This move has triggered anger and fury among the Ugandan plight as people wondered why the same has not been done with other stranded Ugandans in the diaspora. When this motion was on Tuesday tabled by the Kyadondo East legislator, Robert Kyagulanyi Ssentamu, myopic MPs of the ruling NRM party heckled at him.

In a letter seen by this site, Minister Kuteesa writes to the Ugandan envoy in Ethiopia and notifies him of an anticipated chartered Ethiopian Airlines flight that will carry these Ugandans namely; Barbara Kavuya, Blanche Kibaju and Isiah Byabashaija who will be flying from Florida, USA. This returning family belongs to a one Ben Kavuya, a prominent Kampala trader and personal friend to the Minister, Sam Kahamba Kuteesa.

According to the Eithiopian Airlines Ugandan based sales manager Aisha Kabwama, the chartered plane will be in Uganda by Monday and it will repatriate the Canadian nationals who would wish to travel back to their home country. She says, they are aware of the permitted returning Ugandan nationals through a letter copied to their Airlines.

When contacted by our corps, the Health Ministry through its Director General, Dr. Henry Mwebesa says the returning family should not be a point of debate to other Ugandans. “These people will follow all the SOPs, be quarantined at Legacy courts plot 4 Younger Avenue in Bugolobi,” he says. “They will be driving in their own car and be with it for 14 days,” he adds.

Important to note is that Mr. Museveni contested the return of the plight of Ugandans stuck in the diaspora. When asked if the government of Uganda has an plans to repatriate them, Mr. Museveni boldly advised them to stay wherever they are and follow guidelines of the governments in which they are locked down. Countries like Kenya have already repatriated willing citizens. The same move tabled by Bobi Wine was rejected by the government. Among stranded Ugandans include musician, Eddy Kenzo who is stuck in the Ivory Coast.