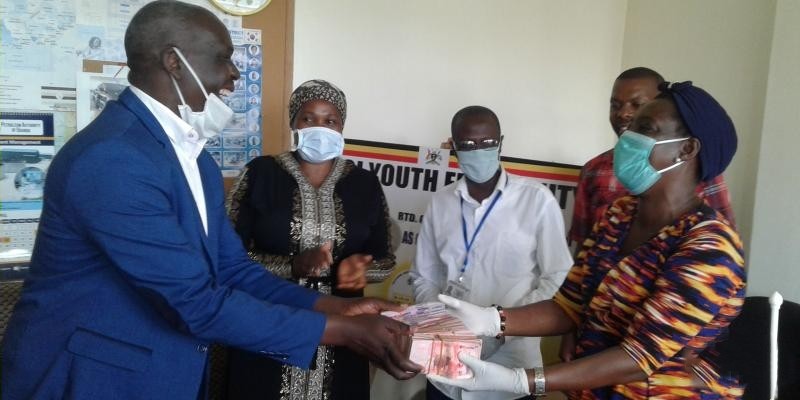 Mpigi District Covid19 Task Force has asked government to allow them use the money returned by their area Members of Parliament to buy Personal Protective Equipment-PPEs for health workers and relief food for residents.

She also says Mpigi was left out from the list of food relief distribution by government yet many people don’t have want to eat. Byabasaija believes once mandated to utilise the money returned by the legislators, they will be able to purchase PPEs and food for residents to deflect the pressure piled on the task force.

Each MP received Shillings 20 million for Covid19 activities, which they have since been directed to either return to the parliamentary commission or district task force. On Thursday, Byabasaija received Shillings 20M from Mawokota South MP, John Bosco Lubyayi Ssentamu at Mpigi district headquarters.

She asked government to allow them spend the money to address some of their challenges.

Shortly after handing over the money, Lubyayi said they shouldn’t be blamed but rather the Parliamentary Commission, which disbursed it.

Lubyayi isn’t the only legislator from Mpigi district to return the contested money.  The Mawokota North legislator and Trade Minister, Amelia Kyambadde returned the money to the Parliamentary Commission before the court ruling while Woman MP, Sarah Nakawunde Temulanda is yet to decide when to put it.