How COVID-19 is making money for the Uganda Police 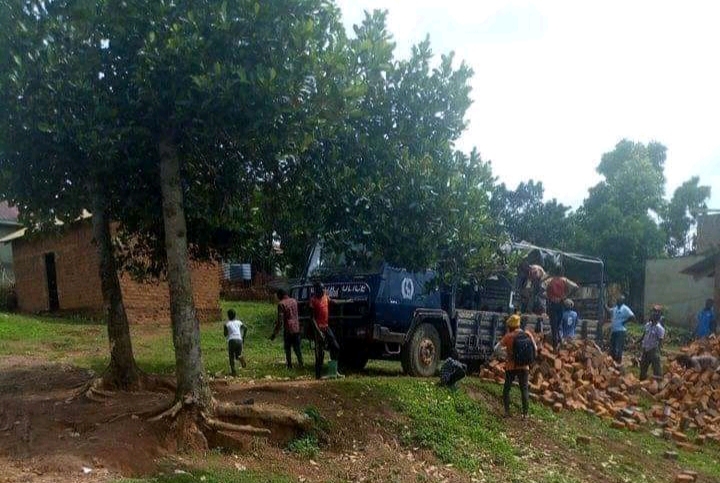 Whenever the going gets tough, only the tough will persist and thrive through. In Uganda where the lockdown shows no sign of hitting its end, people are adopting a new lifestyle to cope with the crisis. Among the innovative Ugandans ironically lie the police officers. Being the most exhausted and underpaid civil servants surviving on less than $100 (UGX 360,000) a month, police officers are obviously amongst the vulnerable people in this unending disastrous period. Majority have big families to sustain and yet their preys (civilians who are locked down) are no longer working. It is on record that the police institution is a hub of corruption. These men are so extortionist that even the police bond which is meant to be free is charged at a certain price.

Our sources have explored how police is trying to cope with the covid crisis. Those at border point spots have reportedly been siphoning from the truck drivers to grant them entry. A prominent case in point was exposed by a whistleblower at Malaba border point where police officers were captured on footage allowing in truck drivers after getting ‘Kittu kidogo’ (money) from them. Other officers who are not at border points have other means of survival. Headed by the DPCs (District Police Commanders), the police officers make unannounced operations to target the unemployed people mainly the youths. Cases of fake operations have been reported in places like Bwera, Kasese where police officers without a reason get into towns and capture anybody they encounter. “They arrest you, keep you all day and ask you to call a relative to pick you,” says Kule Yofesi, a resident of Bwera. “When a relative comes to fetch you, they force him/her to pay shs 50,000 then they discharge you,” he adds.

The covid period has turned out a blessing in disguise for these men in uniform. In urban areas like Bushenyi, UPDF officers are reportedly feasting on local women captured in curfew time. Also several sex workers countrywide have implicated police officers to be indulging in sexual misconduct. In some suburbs of Kampala, policemen arrest people even before curfew time (18:30 hours) and ask them to pay shs 10,000 to be set free. In other rural communities, the police is conducting a series of local businesses. They are reportedly transporting people from one point to another for a price of course. In some cases, the police is even transporting goods and commodities on their trucks. For a whooping fee of shs 70,000 the Gomba police can transport one’s bricks to the construction site.