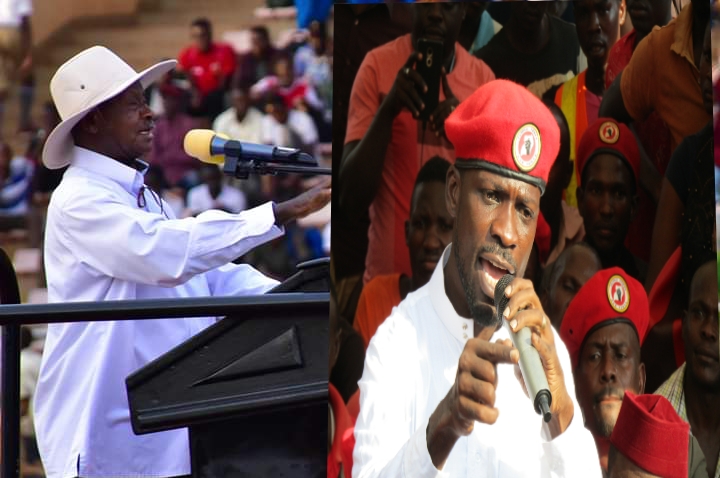 The incumbent NRM government is looking at possible means of phasing out the 2021 general elections according to reliable sources. The move is already being discussed by cabinet and may not be a surprise in case it’s made official.

Last Monday, Mr. Museveni appeared in a TV exclusive interview where NBS journalist Canary Mugume asked him about the fate of the 2021 general election. The ageing 76 year old first declared himself fit to contest before he made his point. Museveni reiterated that there is no way he could allow masses to convene or concentrate in one point (polling stations) to cast votes for ‘him’. From the exclusive, it was obvious that the telegenic despot is opposed to the nearing elections.

Museveni’s comments gave a green light to the Ruth Nankabirwa team. This team comprises of the 317 MPs who voted in favour of the 2017 age limit and now they are caged in discomfort as far as the election is concerned. Important to recall is the constututional court annulment of the two year extension they had added to their five year term to make it seven. Privy sources say the 317 MPs are afraid of losing seats to strategically competitive candidates of the People Power movement. Their prayer is that Museveni plays for them that card. “They know the time for retribution is encroaching. They don’t want the 2021 elections,” says Opio Jonathan, a political strategist in the NRM youth league. The MPs have since Thursday received shs 40m to instill fear in their constituents so that any possibility of having an election goes into tatters.

Each second, minute and hour that goes by sends shockwaves to Museveni. It is obvious that the moment he allows Bobi Wine on the ballot at such a time when Ugandans have seen his insensitivity as witnessed in the harsh covid guidelines, he will lose miserably the three decade grip. Much as Mr. Museveni has tried to bribe himself from the ongoing terror meted out on the masses as seen in his smart distance from the Zaake torture, people are still holding him accountable. The expectant mothers who’ve died due to negligence by RDCs, the captured youths in cells, civilians being shot dead and the millions who’ve lost their jobs all pelt the blame on the old notorious leader who is constitutionally the commander in chief.

Bobi Wine on the other hand has showed his generosity and down to earth personality. The People Power leader wanted to resolve the issue of stranded Ugandans suffering in the diaspora but all his humanitarian efforts were suffocated by insensitive NRM MPs. All this at the end of the day points at Museveni. Ugandans are overwhelmingly ready to rally behind Bobi Wine even if the election is held today. Museveni therefore has all reasons to extend the election under the guise of implementing covid guidelines.