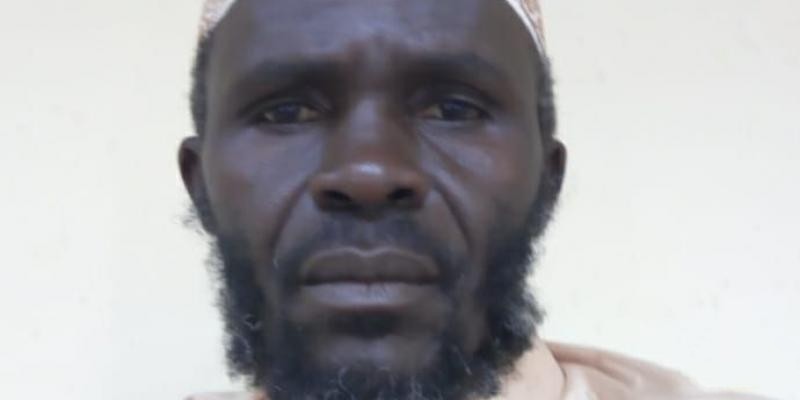 The whereabouts of Sheikh Eriasa Katongole  is still unknown several hours after he was picked up by operatives believed to be from the Chieftaincy of Military Intelligence –CMI.

Katongole’s wife, Mariam Nabukeera told Ekyooto at their home in Sebina zone in Kaleerwe that a team of security officers dressed in military attire and plain clothes raided their residence around half past midnight and ordered her together with their tenants to come out of their houses.

Nabukeera explains that the soldiers asked her to reveal the whereabouts of her husband.

She says the officers asked her to tell them where Katongole could have spent the night. According to Nabukeera, she took the officers her co-wife’s home but Sheikh Katongole was not there as well.

She later informed them that Sheikh Katongole could have spent the night at the home of his third wife in Namungoona in Rubaga Division.

Nabukeera later gave the officers her eldest son, Umar Katongole to take them to her co-wife’s home where he was picked up.

Sheikh Katongole’s grandson, Badru Kaweesi, said the officers told the family that they were taking him to Kawempe Police division.

He however, says that to their shock, Sheikh Katongole is neither at Kawempe Police Station nor registered in the station diary.

Kaweesi said they were communicating to one of the CMI operations commander he identified as Hajji Twaha to provide them with details on the suspect. Sheikh Katongole is renowned herbalist and Muslim preacher.

A senior police officer at Kampala Metropolitan Police headquarters told Ekyooto that Sheikh Katongole is being held by the army’s spy agency.

“As police we don’t have him. He was arrested by CMI and we were not involved. You can get details on why he was arrested from CMI or UPDF,” a senior police officer said.

Efforts to get a comment from CMI were futile as the Defense Ministry Spokesperson, Brig Richard Karemire couldn’t respond to Ekyooto’s inquires. His deputy Lt Col. Deo Akiiki said he was out in the field in Tororo.

Several Muslim clerics have been arrested in the past by police, CMI and ISO on numerous charges including murder and treachery.

Several others were arrested in connection to the assassination of Police Spokesperson, Assistant Inspector General of Police, Andrew Felix Kaweesi.

On September 29, 2019, Sheikh Abdul Kateregga was killed by CMI at Namungoona on accusations of having orchestrated the murder of former Buyende District Police Commander –DPC, Muhammad Kirumira.

Ekyooto visited Sheikh Katongole’s home at Sebina zone, in Kaleerwe, but found a quiet atmosphere as his wife Mariam Nabukeera and children were sitting on the verandah supporting their cheeks with fists.