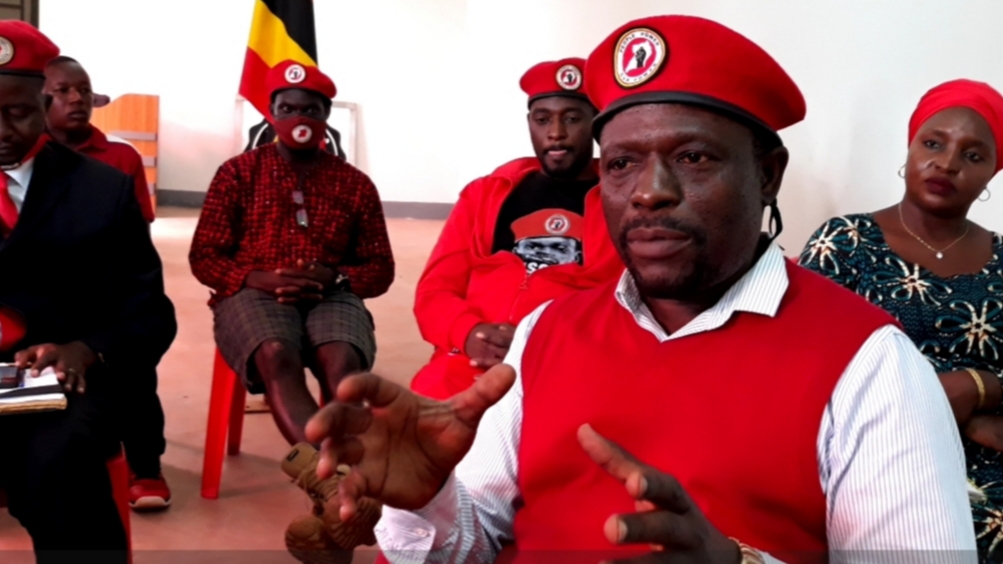 The leader of the National People Power informal sector Mr. Nyanzi Fred Ssentamu has warned government in a press briefing held at the People Power secretariat in Kamwokya over attempts by government to ban Boda bodas and taxis from operating within Central Business Districts.

He said that government should know that many people from the informal sector are relying on such businesses to make a living. He has emphasized that they are ready to stand with the stakeholders and the government should be ready to face it tough on such attempts.

It is said that government, in a post-lockdown plan, will ban boda bodas from the city centre and allow only taxis to operate in the gazetted free zones in the Central Business District.

RELATED:Government plots to get rid of bodas and taxis in Kampala

According to the plan, government officials had indicated that taxis would only be allowed to resume work after 42 days of registration of the operators and inspection of taxis by the Works and Transport ministry.

But the plan has since sparked a wave of protests from motorists and some politicians, with some accusing government of announcing major transport changes in the city without engaging stakeholders.

Some taxi operators and boda bodas have since threatened to strike if at all the plan is rolled out.

The group has also continued to show dissatisfaction over failures by government to plan and facilitate for its people in this Covid-19 lockdown but to only minding about keeping itself in power.

READ ALSO: Government secures a loan from Stanbic bank for the 2021 Elections

They have asked government to let people go back to work since it has failed to serve even one million people in Kampala and Wakiso with food over a period of two months. Mr. Hassan Kirumira Lukalidde of Katikamu said, the people of Luweero are ready to fight on if the lockdown is not lifted. People can no longer tolerate the hard situation that they are going through at the moment. He added.