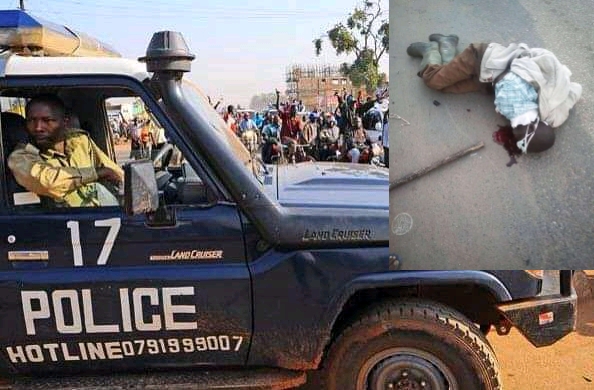 According to local media reports, the LC III leader was on his motorcycle riding to the garden when he encountered a speeding patrol police truck of Bwera police station, at the border post of Kasese district. Eye witness accounts implicate the police officers whom they accuse of driving recklessly. “The driver of this patrol did not mind about other motorists. It looked as though he was not sober,” says Bwambale Joseph, who claims to have seen the events unfolding. “He didn’t even stop to see the person he had knocked and killed,” he adds.

Sekalombi Manessah, the brother to the deceased confirms in a Facebook publication that Agaba succumbed to internal injuries sustained from the fatal morning accident.

By the time of filing this report, police had not yet acknowledged that the fatal accident was of their own patrol. Locals speak of the deceased as an irreplaceable pillar of development in the district. ”He was hardworking. On Sunday evening he took to the airwaves of Bwera FM to sensitize the public about the mandatory mask wearing,” says Zubair Kule, a local in Bwera town. There have been excess use of force by the Mpondwe border police. Our reporter notes the daily operations manned by a police-UPDF joint team which sweeps through the town and institutes avoidable arrests.