Stella Nyanzi, Bajjo and 2 others arrested for petitioning the OPM 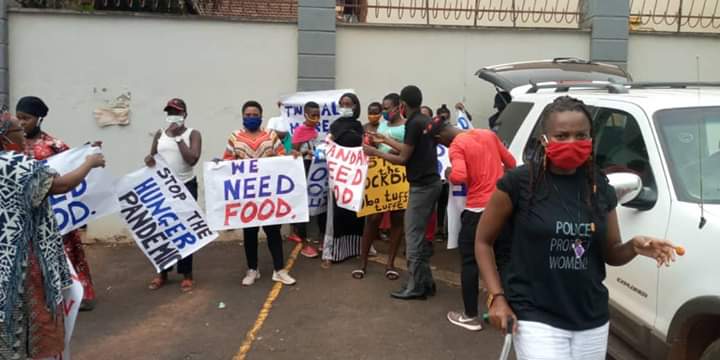 Human rights activist and former Makerere University research fellow, Dr. Stella Nyanzi and events promoter Bajjo have been arrested at Buganda road court as they attempted to march to the Office of the Prime Minister with their Food Petition.

The trio had convened for Bajjo’s court session at the same court before they would proceed with a March to the office of the Prime Minister. The plan however was violently interrupted by truckloads of police officers who stormed into the court premises and staged an arrest.

Drama however ensued as police struggled to carry a physically heavy Nyanzi. The police officers ran short of ideas and inflicted some beatings on the former Makerere research fellow. She overwhelmed the ill fed officers. They resorted to beating up other activists and people who were covering the brutal arrest on phone.

Bajjo’s efforts to narrate why Stella and her peers were at court fell on deaf ears as police also added him onto its arrest list. Nyanzi fainted in the process as she was being pulled to the waiting police cell van.

Two other People Power activists; Sharon Kemigisha a councillor in Katanga and Sserunkuuma John Bosco, a People Power mobilizer in Nansana were bundled into another police van and drove to a yet to be known destination.

More developments on the story will be added shortly.