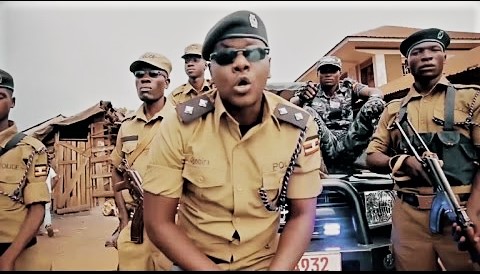 Two security officers have been quarantined at Gulu School Clinical Officers in Gulu Municipality after picking money dropped by a truck driver.

They include a male police officer and a female Uganda People`s Defense Forces-UPDF soldier who were deployed at Customs Corner along Gulu-Nimule highway on Sunday evening.

He says residents who witnessed the incident immediately alerted Gulu Central Police Station leading to the arrest of the officers. They were immediately dragged into the quarantine center in Laroo division.
According to Okema, the truck driver who was destined for South Sudan wasn’t apprehended because had driven off by the time security arrived at the scene. Okema said police are also investigating why the trucker dropped the money for the officers.
Gloria Aloyo, the Gulu Coronavirus Taskforce Communication Officer, says there are currently 54 Covid19 suspects in the quarantine comprising 42 men and 12 female.

Last week, Acholi Regional Coronavirus Taskforce expressed concern about the uncontrolled waste disposal by truck drivers along major highways, saying that it could spread the corona virus disease to communities.

According to available information, one can contract the virus by touching contaminated surfaces or objects.

The virus can last up to five days on metallic surfaces like doorknobs, jeweler, silverware, up to four days on wooden furniture, up to nine days on plastics which include among others; containers and bottles, bus seats, backpacks and elevator buttons and 2-3 days on Stainless steel surfaces like. It lasts 24 hours on shipping boxes.