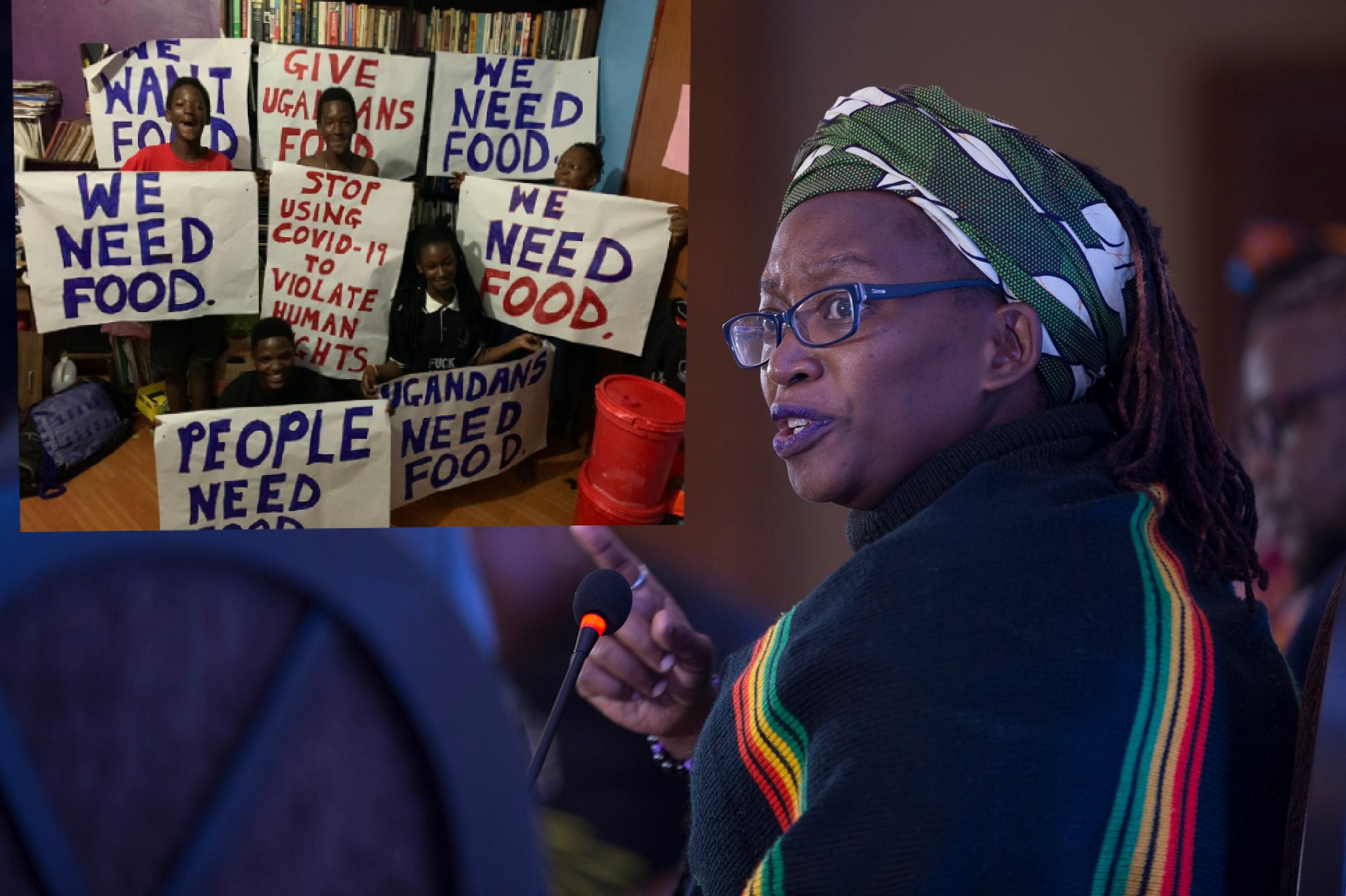 A team of human rights activists activists led by Dr. Stella Nyanzi and Nana Mwafrika Mbarikiwa will today deliver their Food petition to the Office of the Prime Minister.

According to Dr. Nyanzi and her team’s observations, a good number of Ugandans are languishing in starvation after being deliberately abandoned and sidelined by the government yet majority are ‘hand to mouth’ earners. Nyanzi says Salon operators, garage mechanics, street vendors and several others were not considered for the food relief. It is against those considerations that Dr. Stella and her team will march to the OPM. The women are to be accompanied by their minors carrying saucepans and cooking pans.

In the 18th May petition head lined with a screaming ‘Petition to Revise current COVID-19 containment measures’, the activists put their observations into writing.

‘The Women’s Protest Working Group notes with concern that anti covid-19 measures have created an apartheid state and occasioned avoidable suffering upon many vulnerable Ugandans especially women and low income earners. Their implementation favours the already rich Ugandans-in big businesses including construction, manufacturing and cargo transport- and has painfully deprived many ordinary folks who scrounge for a livelihood in closed spaces, retail markets, and other ordinary chores,” reads part of the petition. Their other point of concern is the selective repatriation system that is only favouring families of the connected wealthy. “We also note with concern that while many other Ugandans are locked outside of the country, a few privileged citizens and their wives, children and distant relatives have been given special permission to return to Uganda while the airport and borders are legally closed. Many other Ugandans especially students and traders who were caught off guard by the pandemic while abroad cannot return home despite the pain they are going through daily, including racial discrimination and harassment,” the petition further notes. See full statement below;