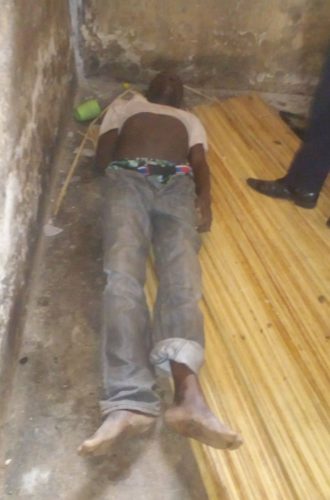 Police in Arua District is investigating circumstances under which a 28-year-old prisoner died under their custody. The deceased was identified as Philliam Orodriyo, a peasant of Kasua village, Pokea parish, Pajulu sub-county in Arua District. Information coming in indicate that Philliam was arrested from his home on allegations of theft of a motorcycle.

“I was planning to go to court to listen to the offence levied against my brother because what I know is, that boy is not a thief. He has never stolen anything and he has a motorcycle. Now how can he go and steal another motorcycle?”  said David Malaja, Orodriyo’s elder brother.

“Unfortunately, I was only informed that he died in the cells even before reaching court, so I felt shocked and I don’t know what to do. What I heard from the police liaison’s officer (CLO) is that they don’t know whether the boy had some sickness before,” Malaja quoted.

Museveni asks Ugandans to feed on 250g of posho a day

Malaja added that his brother was healthy without any sickness at the moment of his arrest.

“But when I saw the body, the face had some scars including swollen mouth, some cuts and damages on his head. However, I couldn’t say anything because post-mortem has not yet been done,” Malaja alarmed.

According to Josephine Angucia, The West Nile region police spokesperson. “It is true that the suspect (Orodriyo) died in our cells and investigations are going on. His body was taken to hospital for post-mortem and I’m yet to see the result.”

“Statements were recorded from fellow suspects on how he has been behaving in the cells until actually, the last day when he past on. Fellow suspects said that Orodriyo has been over hitting his head on the wall since the other day. So yesterday, they requested that he should be removed and taken to another cell” Angucia added.