EXCLUSIVE: The Rise and Fall of Ashburg Katto 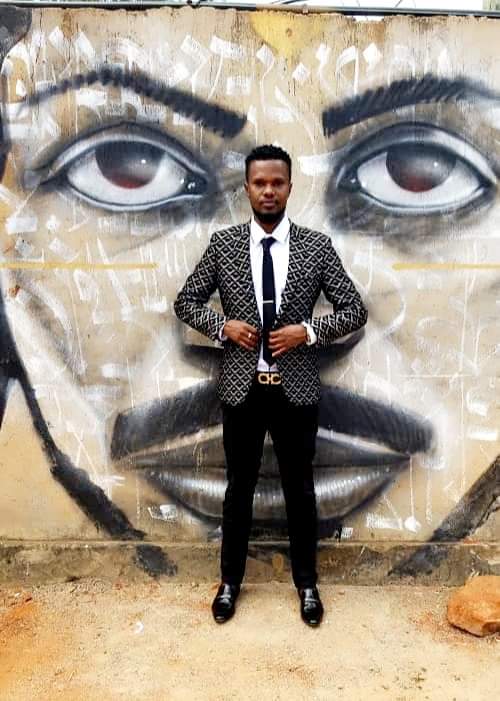 For all the time Museveni has imposed himself on this nation, he had never encountered a threatening opponent like Robert Kyagulanyi Ssentamu, a pop star musician who recently joined politics.

On June, 26 2017, Bobi Wine won with a landslide 78% margin winning 93% of the polling stations with over 25,569 votes out of 32,999 votes cast. In that election, Bobi Wine massively defeated the Bush war political faces; Yoweri Museveni and his long time opponent Dr. Besigye who had dominated the Ugandan political scene for decades.

Bobi Wine’s political pulse was and still is appealing to the plight of change yearning youths who have for ages been sidelined from active politics. At age 35, Wine initiated a pro-youth movement which largely instilled hope in youths plunged in agony, poverty and widespread devastation. Before joining active politics, Wine was crowned the ghetto president during his youthful career in music. He would later capitalis on his ghetto fame to coin a pro-people movement which he named using the very first chapter of the 1995 constitution which stipulates that “all power belongs to the people”. A patriotic Bobi did not hesitate to name his movement, ‘People Power’ in a bid to make it inclusive for all forces seeking change.

In the juvenile stages of the movement, Bobi knew that in one of the tactical moves of a dictatorship, press censorship is a must. In the era of the internet where many Ugandans have smart phones, Bobi knew he was to base on social media as the main mode of communication since it would not be fully manipulated as case is with the traditional media which to-date rarely cover his pressers and activities due to orders from above.

In his new chapter, Bobi empowered a team of dedicated revolutionary bloggers to do the communication of the movement activities. Among the first bloggers to push the agenda was a one Ashburg Katto who started the ‘Ghetto TV’ platform.

On this platform, Ashburg ran a series of publications that won the movement a massive following. His creativity and creation of appealing political discussions added more life to the movement. Ashburg’s popularity tripled at the time and made him prone to the regime cyber wars and threats. In the early days of his climax, Ashburg always decried of facing threats from state security operatives who opened several cases on him and at times would take him for interrogation at CMI, Mbuya. At the climax of that debate, Ashnurg went missing for a period of three weeks and reappeared unconscious and tightly tied on ropes. Many have since his defection said all this was a stunt for him to convene himself a broader following and also elevate his bargain in the NRM circles.

Ashburg’s troubles started when he lured the NRM music events promoter, Balaam Barugahare to link him with the first son, Muhoozi Kainerugaba for talks and food relief for himself and other starving bloggers. Balaam agreed to play the task if Ashburg would declare a cyber cease fire on the first family and post about the meeting, something the hungry blogger willingly heeded to. When the meet up went viral, it triggered mixed reactions, brought him down and depopularised him among his peers who wondered what would lure him into meeting a man who nearly killed his own friend, Bobi Wine during the 2018 Arua byelection.

The embattled former People Power blogger’s worsened on 19, May when he posted about his meeting with the Ugandan dictator at Kisozi farm. The post was met with widespread outrage and criticism for the blogger who always insulted other members that crossed sides. Katto’s post has been the top discussion all over social media and the main stream. The blogger openly paid allegiance to the Muhoozi project and by closure of Tuesday, 19 May had already updated his Facebook profile picture with the image of the first son, Muhoozi Kainerugaba. Ashburg stresses that he has been earning nothing from insulting Museveni. “I am going to India, Italy or anywhere to clear off this People Power tattoo,” Ashburg said in a Tuesday press address. “People Power has no direction. I want to work for myself and Museveni,” he adds as Balaam watches on in the background.

Ashburg is not the first person to shockingly leave the movement. Earlier this year, musical icon and former Northern Uganda People Power coordinator, Bosmic Otim defected for a whooping shs 300m fee. Full Figure, Buchaman, and Ronald Mayinja all denounced People Power at an unspecified fee. Being a young man, Ashburg’s political future is headed to doom. “To stand for the truth, be ready to stand alone,” Bobi Wine always says to those who align with Uganda’s liberation struggle.