Trump to permanently halt funds to WHO 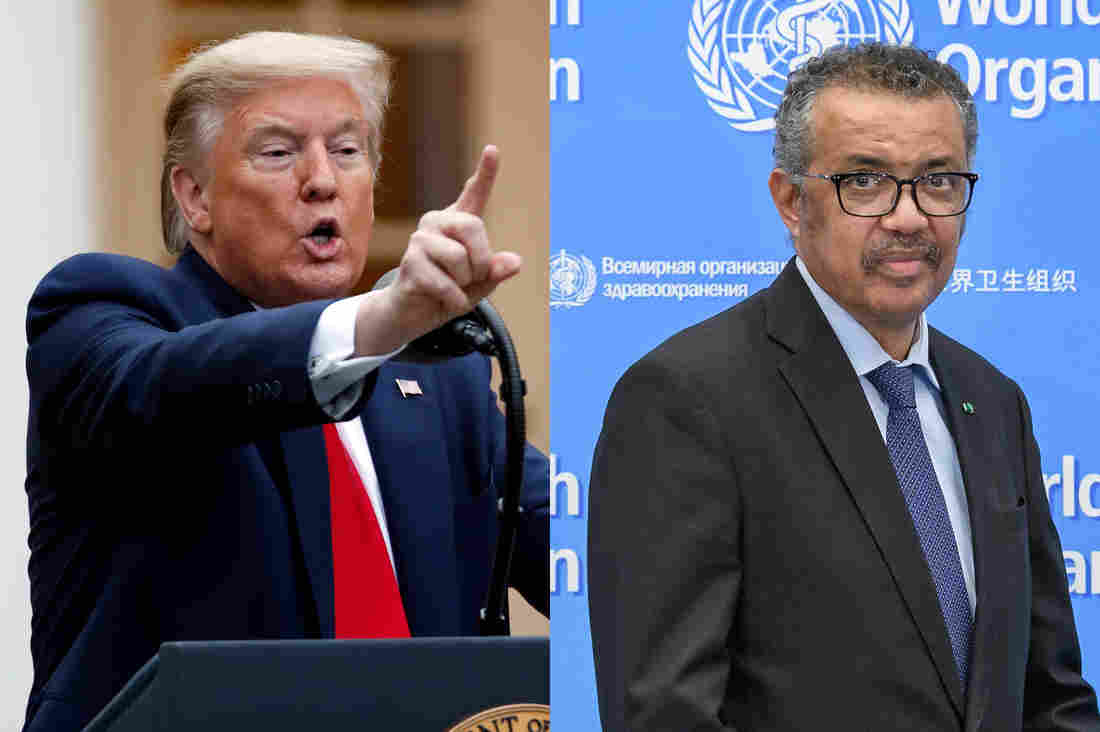 The president of the United States, Donald Trump has today intensified his war on Dr. Tedros after declaring his intention to permanently withdraw funding to the World Health Organization.

As the world continues to grapple with the novel Corona virus disease, the Trump administration has been faulting Beijing for covering up the pandemic when it was still in its infant stage in Wuhan. Trump says Beijing deliberately turned a blind eye to the virus and did all they could to put it out of sight of the global media. In a press release issued by Washington ahead of the encroaching World Health Assembly, nations Trump has rallied to adopt the “COVID-19 Response” as the major theme this year. In the discussions, the want to centre around the role of China in spreading the virus worldwide. Washington stresses that Beijing and WHO deliberately went mute as Wuhan continued to connect with the rest of the world before the lockdown was announced.

Trump in the same document argues that if Dr. Tedros had taken precautionary measures as his predecessor, Dr. Brundtland Harlem did with the Severe Acute Respiratory Syndrome (SARS) in 2003 when it emerged in China, COVID-19 would not have ravaged the entire world. Trump says when SARS emerged in China, Dr. Brundtland did not hesitate to criticise China for endangering global health by attempting to cover up the outbreak through its usual playbook of arresting whistleblowers and censorship of the media.

In the early phase of the virus, there were reports of crackdowns on whistleblower medical personnel who tried to communicate to the rest of the world about how the virus was spreading through human to human infection. Reports of Chinese medical personnel that contracted the virus from patients were all concealed. The only whistleblower Dr. Li Wienleng who tried to alert the world was mysteriously silenced and died before his message would reach the world. Another Chinese writer, Fang Fang who tried using Wiebo (local state owned social media) to alert the world was silenced by the regime loyalists.