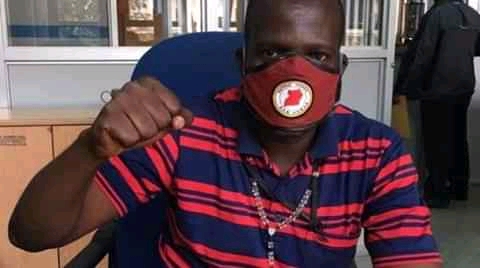 It has been rumored that the former sports scribe man had unending love for Bobi Wine and people power movement.

People power after losing one of its darling member Ashburg Katto to nemesis NRM, The political movement is not ready to let go off the current battle without throwing a mere jab.

In relief, People Power has signed up fabled TV personality Innocent Tegusuulwa onto its head team, a close source reveals.