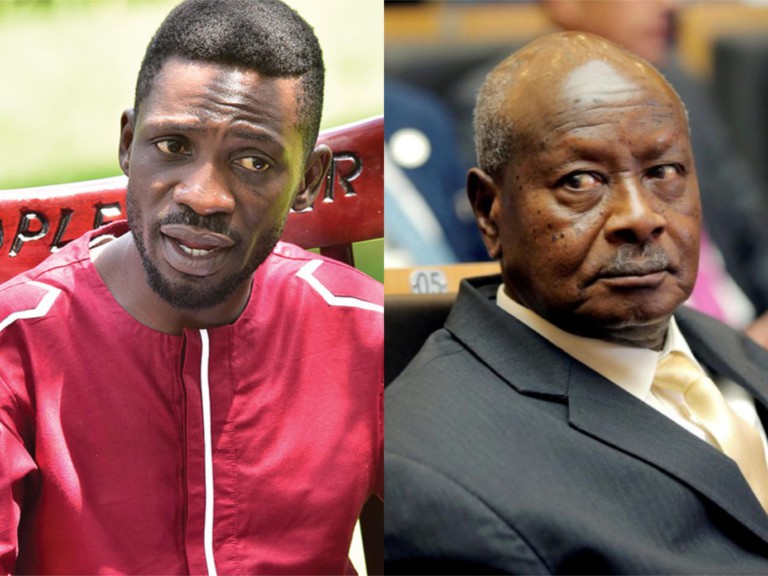 While domestic Ugandans are continuously wondering why the old man is strongly opposed to the repatriation of stranded relatives in the diaspora, Ekyooto has reliably learnt that the move is deliberately political.

In wake of the disastrous COVID-19 pandemic that is ravaging the globe, Uganda officially suspended flights to Entebbe airport as a containment measure to slow the spread of the virus. World over, passenger flights were pinned to be the fastest conduit of exporting the novel Corona virus disease which sparked in the Chinese city of Wuhan.

Over 1.5 million Ugandans are to-date struggling with life in the diaspora. The worst thing is that most covid hit nations are giving their own citizens a first priority. Ugandan students who contracted the virus in the Italian city of Lombardy confessed to have been neglected by the local medical personnel who shut doors at them simply because they are immigrants. In Guangzhou, China, thousands of Africans were subjected to xenophobic state aided attacks. Consequently, several of them contacted their embassies to arrange repatriation flights for them to return back home. Whereas some countries including neighbouring Kenya have already repatriated their citizens, Uganda has persistently declined to take heed. We have since been tipped that Museveni’s rejection emanates from a report documented by the External Security Organization (ESO) which accuses the diaspora community of funding Bobi Wine and his movement.

In the leaked report by an inside whistleblower who declined to be mentioned, we learnt that Museveni already has a list of names of diaspora Ugandans suspected to be linked to Bobi Wine. “He has a full list of their names documented by the embassies. ESO told him most of the diaspora Ugandans are People Power supporters who would wreak havoc in case they are allowed back in Uganda,” says the security whistleblower. “In the same report, Museveni is advised to be cautious with why Bobi Wine is fighting hard to repatriate them,” he adds.

It should be recalled that the Kyadondo East legislator and People Power head has been overly striving hard to repatriate the thousands of stranded diaspora Ugandans. In a letter jointly authored by Bobi Wine and his allies a plane had already been chartered to conduct the repatriation. An Airbus A330-200 from Quantum Jets, a California based jet hire firm was supposed to land at Entebbe with stranded Africans on board. Whereas Bobi’s efforts were immensely humanitarian, Museveni’s government rejected the move in fear that the returnees were potentially a political threat. Museveni’s advisors told him Bobi Wine was repatriating his supporters to become yet another ‘headache’ to him.  It is of no wonder that Museveni described diaspora Ugandans as ‘idiots’ who should stay where they are. Guising behind health measures, he claimed repatriating Ugandans would be a healthy risk. Foreign affairs minister, Sam Kuteesa set a challenge when he selectively allowed in a colleague’s family to return.