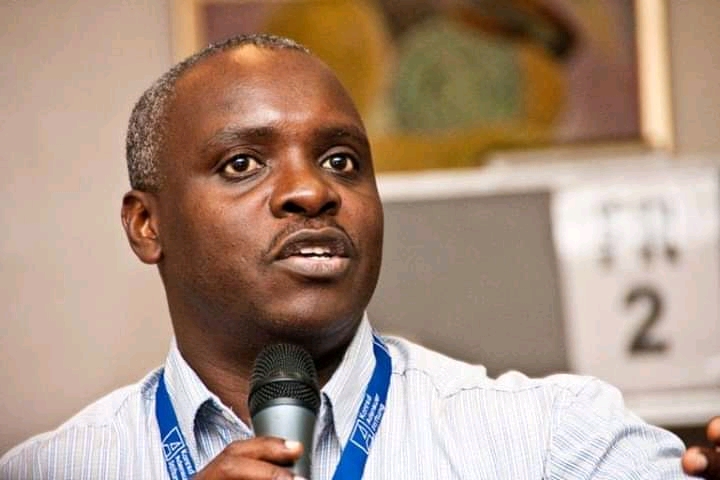 The Vision group CEO, Robert Kabushenga is again back in the spotlight following his demeaning comments on Ugandans over face masks.

The stingy CEO who to-date has never donated even a single grain of maize flour to the taskforce took to his Twitter platform to pelt insults at the public that has for over time supported his business magnate. “Guys, it is face masks please, not your daughter’s bras & certainly not madam’s G-string,” crazily tweeted Kabushenga on Wednesday.

His tweet comes at a moment when the public is still recovering from the childish comments from the first son who in a Tuesday tweet claimed UPDF is his toy that he plays with at a time of his will. The entirety of replies to Kabushenga’s tweet are a barrage of insults from the enraged charged public as people wonder why a full CEO of a prestigious company like New Vision would bear such a childish mind. “You are not far from Muhoozi. The two of you should stop tweeting under drug influence,” says Jane Amoding who relates the tweet to yesterday’s Muhoozi publication. “By the time a full CEO offends people who have supported his firm overtime, it is really absurd,” adds Alex Sengonge, another tweep.

The vision group CEO, Kabushenga was appointed as part of the national covid 19 taskforce, a position that helped him grab shs 5b under the guise of bailing out his company. He came under fire from MPs who questioned whether he was worth bailing out given that he laid off over 50% of workers and on top of that, he won the shs 17b tender of printing out motor vehicle stickers. The shameless untouchabe CEO responded to parliament and said that what he took was even very little compared to what he needed.