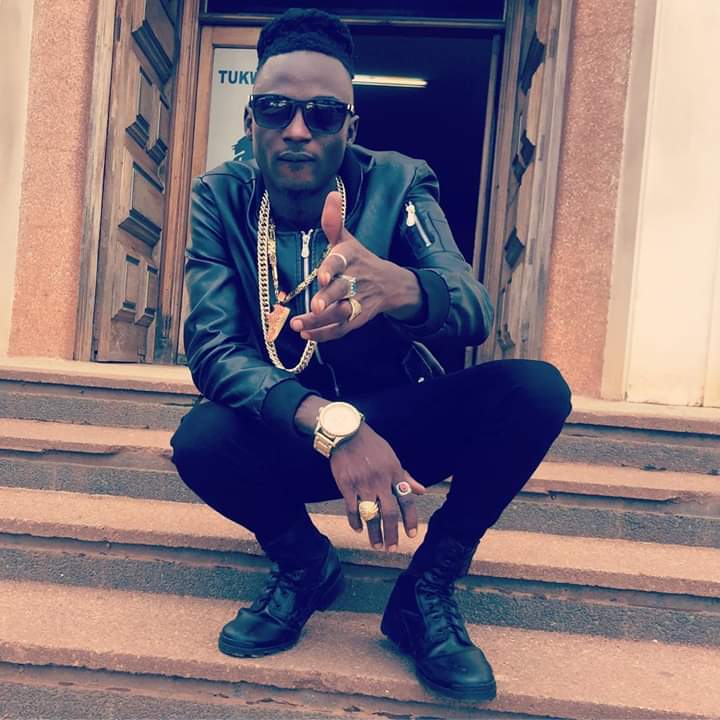 While reacting, Aganaga said it is disgraceful for one to defect from a movement which he played a big role in creating. “I am too disappointed in Ashburg,” opens up Aganaga. “These young boys who don’t want to work for themselves are joining politics just to earn a living. The unfortunate bit is that Ashburg has defected at a tender age. His political future is gone,” he adds.

Aganaga today made it official that he is no longer a follower of the NRM turned blogger. “I have officially unfollowed #AssKato. Feel free to join the movement. #UnfollowKato,” Aganaga posted on Facebook. “He can’t go with our numbers,” he adds in the comments section.

Several musicians have since rallied their followers to do the same thing. Yesterday, King Saha in a discussion with the local media lashed out at the blogger for attacking a platform to which he once subscribed. Ashburg had threatened to leak a bigger list of activists who meet with top NRM officials off the camera.

Several social media footage showing Ashburg acting his own abduction stunts have also emerged. In one of the videos, the blogger is seen in a room with Ray Superstar (fellow blogger) with whom they create an impression that is similar to a police custody. One person guising as security personnel is heard interviewing Ashburg in Swahili questioning him about his connections with Bobi Wine and what they plan to do with the ruling NRM regime. The footage has since been labelled as one of the stunts the blogger had been using to hoodwink People Power supporters.

RELATED: EXCLUSIVE: The Rise and Fall of Ashburg Katto

The unfollow Ashburg campaign has been effective. In just a night, the blogger lost over 5,000 followers. To make matters worse, he dramatically updated his profile picture with the image of the first son, Muhoozi a move that turned out to be the last nail in his coffin. The loss of followers has prompted the blogger to hide his remaining small numbers from public view. Even his posting rate has since increased tremendously as he throws defensive posts to justify his defection.

Tamale Mirundi Junior used one of his father’s famous quotes to weigh in on Ashburg’s situation. The young People Power luminary says when one marries a daughter of the Archbishop, it doesn’t mean he has authority on the Anglican Church. His comments seems to mean that if NRM goes with Ashburg as an individual, People Power will remain intact.