Boda rider called an idiot by Museveni recovers from COVID-19 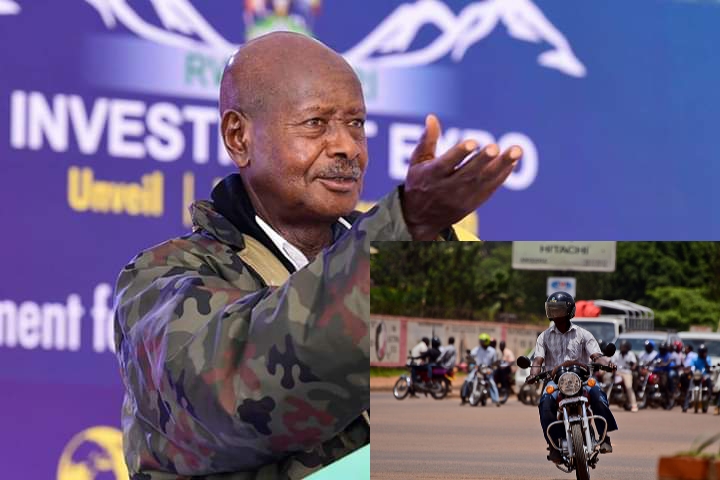 The 25 year old was intercepted in Rakai as he chauffeured the Burundians that had illegally crossed into the country using porous routes. Hussein’s case was sadly described as idiocy by the head of state during his first addresses about the virus. “The Boda Boda idiot from Rakai who was carrying Burundian refugees has also tasted positive. I warn you Ugandans to stop interacting with strangers. Don’t be like this idiot,” Museveni angrily fumed.

Ekyooto has since learnt that Hussein was on Wednesday noon discharged from Masaka referral hospital where he underwent special treatment. “I am happy to return back to the community. I didn’t know that my passengers had the virus,” Kaliisa told the media. “I was intercepted by a highway patrol on my way to Masaka. I told my passengers to retain the fare because none of us was to blame,” he adds. Although Kaliisa has been discharged, his main worry is that the only source of his livelihood which happens to be that motorcycle is still missing. “I’m glad to be out of hospital but I’m in the same vein worried about my missing motorcycle. I don’t know who retained it,” Kaliisa said. “This Boda is the only way I ably feed my family,” he added

The Burundian passengers who were with Kaliisa on that tragic day are currently being kept in a refugee camp according to reports from Masaka health officials. The Masaka RDC, Herman Ssentongo who was part of the discharge event used the platform to caution ‘careless’ Ugandans to be vigilante and alert with the virus. “If you don’t want to abide by the guidelines, we shall extend the lockdown,” warned RDC Herman. “We shall not waste our money on people who don’t mind about their health,” he added.