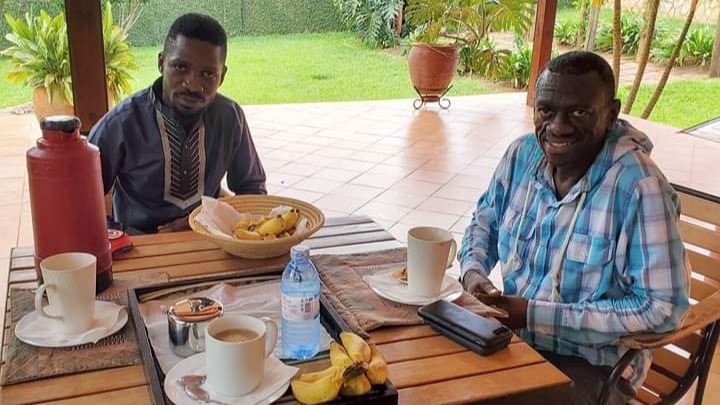 The pop star-turned-opposition politician Bobi Wine, who was born Robert Kyagulanyi confirmed his intention to run in the forth coming election against the long serving dictator Yoweri Kaguta Kaguta Museveni.

As Uganda moves closer to the 2021 general election, the country’s opposition still faces some challenges when it comes to uniting. However, opposition figures have seemingly been working back doors to pull all the forces of change together for 2021 polls.

RELATED: Kyagulanyi Ssentamu Robert is the only candidate at presidential level -Mp Nsereko

General Mugisha Muntu and some other opposition members like Dr. Bwanika have already confirmed their lining up behind of Hon Kyagulanyi Ssentamu Robert alias Bobi Wine but Dr. Kiiiza Besigye has not been clear something that has left many suspicious that he may like to come back and run for the 5th term.

Despite Besigye supporting the proposal of fronting a single Opposition candidate for 2021, he is pessimistic about the Electoral Commission’s capability to deliver a free and fair election.

Democratic Party (DP) early last year mooted a proposal for the Opposition to field a single candidate for each elective position in a bid to unseat the ruling National Resistance Movement (NRM) party. The proposal has since divided the Opposition.

Bobi Wine in one of the interviews said. “I could no longer put up with the oppression and dictatorship and the subjugation of my rights. I could no longer take it as a person. I saw the opportunity to represent so many people that were helpless and hopeless, and I saw that what they needed was something not very hard to give to them, and that was confidence. I had to be the sacrifice, so I said I will stand up and play my part.”

Mr Kyagulanyi has been reminding the Opposition that time for boardroom politics is over.
He said only a united Opposition would take the country forward.

“If we come together, we can survive but if we fail, be sure that we shall perish together. Since we know that we are entitled to fight for the country and to have what we want, we must have the good will of the majority of the people,” he said.

Mr. Wine has been emphasizing for so long that, “If us leaders fail to unite, the people of Uganda shall unite against oppression.” Now, what is left is seeing what has been discussed and reached upon unveiling in the limited period of time left ahead of 2021 polls.