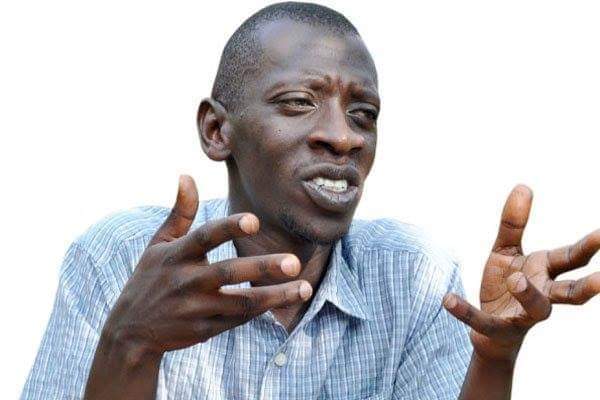 SEE ALSO: Museveni’s statement on Kayihura is outdated and misguided

According to a small note Mugumya sent through one of his sympathisers in the Congolese military, the activist said he is currently under isolation awaiting the results but his anxiety and fatigue all show he could be positive. “…following my likely COVID-19 symptoms, I and other have been tested and isolated. Chances are; that I am positive. Please don’t feel sorry for me because it may not help for now. I know you know how strong I have been towards more complicated situations than this. My conscious tells me that I shall overcome this too..” Mugumya’s small note reads.

The military facility were Mugumya is detained was on May, 12 declared a virus hub after one of the external visitors unknowingly spread the virus through food containers she had brought for an inmate. Congolese prisons officials came under scrutiny for being that negligent and delaying to suspend external visits like prisons in other countries have done.

Before his arrest, Mugumya had been a vocal and resilient political activist aligned to the Forum for Democratic Change (FDC) party. He frequented street protests in the 2011 walk to worl protest that nearly topped the autocratic Yoweri Museveni regime. The firebrand activist had been blacklisted for termination by the regime. In the year 2012, Mugumya was allegedly found in possession of fire arms and weapons of warfare in the jungles of western Uganda. Kampala asked Kinshasa to detain him in their military prison where he has since remained in a lengthy unsolved pending investigation. Efforts by the FDC to have him repatriated and charged in Uganda failed as the Museveni government adamantly rejected. To date, Mugumya remains a forgotten figure in the opposition that has been left for dead in the DRC where he is detained.